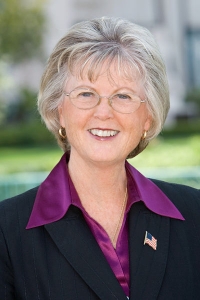 April 10, 2016 (San Diego’s East County) – Supervisor Dianne Jacob has sent a letter to the County Board of Education President Gregg Robinson PhD urging support for a public vote to determine the outcome of the Grossmont Union High School District’s proposal for “by trustee” area elections. The GUHSD board majority is seeking a waiver from a state requirement that would ordinarily require a public vote on any redistricting proposal.

But Jacob writes, “The importance of representing the people through elections is paramount to the political process. Normally, election `by trustee’ is a fair way to ensure that constituents are being properly and proportionally represented. GUHSD’s proposal to move to a `by-trustee’ area election method is not something that is generally considered unusual, however, recent actions and decisions by GUHSD’s Board of Directors has created a sense of public distrust.”

Jacob concludes, “Only through a public vote will the voices of the Grossmont District be heard.”

The County Board of Education can make recommendations to the state on the GUHSD redistricting proposal and waiver of public vote request.

Residents wishing to voice their views on the waiver can write to the following state and county decision makers. The County’s committee on redistricting issues meets April 13; the State Board of Education meets May 11-12:

San Diego County Board of Education