Jacob and a few socially-distanced parks officials and horseback riders cheered as a large earth-moving excavator dug its mechanical dipper-bucket into the ground to signal the start of the project that will include a 45,000 square-foot covered arena, an open arena and a multi-purpose building that can be used for community events. 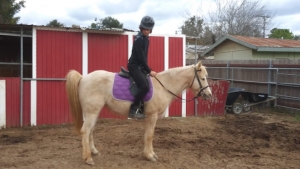 “We’re going to have people come in here to this facility (from) all over the County, and even outside the County,” Jacob said Wednesday, “because there’s nothing like it.”

Jacob has served longer than any other County Supervisor in history, for 27 years after being elected in 1992, representing the Second District that includes Lakeside, and is retiring in January.

The equestrian park project has been in the planning stages since 2012. Jacob said it will create jobs and become an economic engine in addition to providing Lakeside, a rural town renowned for its horse community, with a state-of-the-art equestrian and community center. 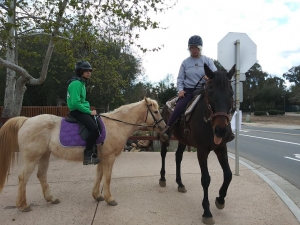 County parks officials said the equestrian park will be the first in the County Parks system. The project is expected to be ready to open in early 2022.

The Lakeside Equestrian Park will be located on a 13.88 acre site at the northeast corner of Moreno Avenue and Willow Road in Lakeside.

The covered arena will include an announcer’s booth, PA system, stockpens, bucking chutes, header and heeler chutes, an electronic scoreboard with timing eye and bleacher seating.

I used to live there and enjoyed it very much. The exceptionally high crime rate around Lindo Lake and Winter Gardens, a "latent" culture of intolerance and some other things eventually convinced us to move, but we have always been rooting for the place and have been watching as it has become more and more part of California over the years. This is fantastic news for a kind of forlorn, always down on its luck community which particularly suffered the scourge of the meth epidemic. It is a beautiful place, and this world class park should become a great engine to help it shake off a troubled past. Congratulations to everyone in lovely Lakeside and to supervisor Jacobs on the legacy accomplishment!