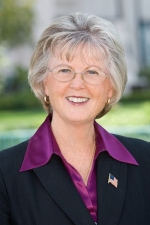 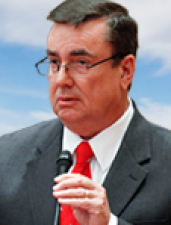 February 1, 2015 (San Diego’s East County) -- Supervisor Dianne Jacob has announced plans to seek reelection in 2016 for what would be her final term of office, under term limits approved by voters.

She is seeking early support in an email signed by 16 community leaders, Times of San Diego reports. That e-mail praises Jacob’s “courage to stand up for us” on issues ranging from securing aid for fire victims to helping homeowners secure clean energy options, then warns against termed-out politicians who could run against her.

Potentially that could include State Senator Joel Anderson, who has already launched a campaign committee to run for Supervisor in Jacob’s 2nd Supervisor District in 2020 for what would then be an open seat due to term limits, the Reader recently reported.  But the UT San Diego suggests he may jump in sooner, in 2016, and if so could win support of the Republican Party for an effort to unseat Jacob.

The email to Jacob supporters states, “It would be a tragedy if a politician, whose only interests are advancing a political career and delivering for special interest supporters, replaced a committed public servant like Dianne.”

Jacob, a Republican, has held the office for over two decades. In her last two elections, she defeated Democrat Rudy Reyes, a Cedar Fire survivor and burn victim, by wide margins. Democrats have not yet announced who they may field to run against Jacob in 2016.

Her district is the largest countywide, including the cities of El Cajon, La Mesa, Lemon Grove, Poway and Santee as well as unincorporated areas of San Diego County.

The County Republican Party is reportedly unhappy over Supervisors’ recent vote to limit campaign contributions by political parties to $25,000 in Supervisor races and $50,000 for countywide races such as district attorney.

Tony Krvaric, chair of the San Diego County Republican Party, has suggested those caps may have been due to Anderson’s potential candidacy.  According to the UT, Krvaric said of the campaign finance limits, “I don’t think Dianne helped herself with that stunt she pulled at the County,” even though three of her Republican colleagues joined her in voting for the campaign finance limits, with only Supervisor Bill Horn voting no.

Jacob has been a fighter standing up against destructive energy projects and industrial zoning in the backcountry and San Diego’s inland regions, from Sunrise Powerlink to the county’s wind energy ordinance.

Anderson refused to take stances on major energy projects such as Quail Brush, Tule Wind and Sunrise Powerlink despite numerous requests from constituents to do so. He recently sent a letter to Supervisors in support of Soitec's proposed solar projects in Boulevard, despite strong community opposition in Boulevarde and a San Diego State hydrologist report indicating the projects could irreversibly damage the ecosystem by draining groundwater for construction beyond what can be replenished through rainfall.

Anderson has long positioned himself as a tax fighter championing taxpayers, though Jacob backers also praise her record as a fiscal conservative.  He previously served on the Padre Dam Municipal Water District Board before his election to the Legislature.

Anderson has been an effective money raiser for the Republican party but has drawn controversy over his own political contributions.

Anderson has received substantial campaign funding from Sempra Energy/SDG&E as well as Hamann  Construction family members.  In late 2009, Anderson was fined $20,000  by the Fair Political Practices Commission under a plea bargain arrangement for illegally funneling money from Sempra/SDG&E, Hamann Construction family members and others into his campaign through a Republican central committee in another county. The donations exceeded state limits for donors; Anderson returned  contributions from Hamann, Sempra and others. Hamann owns part of the land slated for the controversial Tule Wind project and 765 acres of Soitec's Rugged Solar project. Anderson also leases his office space in a building owned by Hamann Companies.

Senator Anderson has not yet stated publicly whether he will challenge Jacob in 2016 or hold off until the seat is open four years later.

Typical two-faced psuedo-conservative hypocrite! No wonder people are so cynical about politics. Anderson advertizes himself as a big conservative, and then throws his weight behind heavily subsidized Obama-style "renewable energy" projects like Soitec--a poster child for progressive energy policy and, with landlord Hamann, a classic case of crony capitalism. This stinks to high heaven. Soitec is reason enough to support Jacob.