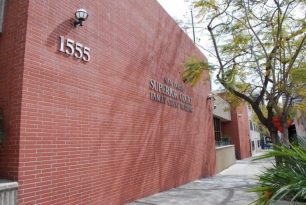 Only newly elected Supervisor Jim Desmond voted no. Desmond, whose district includes Warner Springs and Borrego Springs in East County, objected to the county funding health workers at the facility.

But supporters note that last year’s hepatitis emergency that began among the homeless resulted in far more county resources expended than what preventative steps would have cost.

Supervisor Dianne Jacob, who represents most of East County, called the action “the right thing to do.”

Jewish Family Services CEO Michael Hopkins  praised Supervisors for stepping up to provide what he calls “proactive solutions to address the humanitarian crisis facing our community,” Times of San Diego reports. He adds that the vote will “help house asylum-seeking families until they can safely travel to their final destinations, and ensure our homeless population does not grow even larger with the addition of migrant families released.”

Immigration and Customs Enforcement, or ICE, has been dropping off asylum seekers from a caravan of Central American migrants on the streets of San Diego at night with no food, water, funds or resources while they await their asylum hearings.

The migrants had been receiving temporary shelter provided by the San Diego Rapid Response Network, a coalition of nonprofit groups including Jewish Family Services. Since November, the organization says it has helped over 5,200 migrants.

But the lease on the current location expires February 15th, meaning migrants would be left homeless if a new location was not approved.  The average stay at the shelter is only 24 to 48 hours. Many of the migrants merely need time to make travel arrangements to reach family members elsewhere in the U.S.

The measure was  introduced by Supervisors Nathan Fletcher and Greg Cox.

After December, the courthouse will be torn down to build affording housing, according to a County press release, so another location will need to be found for a shelter if the need continues.

The Sheriff and District Attorney sent letters urging Supervisors to support a temporary facility downtown to protect migrants from being victimized by human traffickers and to protect public health. San Diego Mayor Kevin Faulconer and the San Diego City Council also backed the effort. Supervisors also heard testimony from the public, with most favoring the action.

Desmond praised the San Diego Rapid Response Network for its humanitarian efforts, but objected to the county paying for on-site medical professionals to provide care for the migrants—a cost he said could be $4 million. He called for the state and federal governments to cover all costs of the shelter.

The state may soon pick up a substantial share of the shelter’s costs. Assemblyman Todd Gloria has asked for the state to provide $5 million in emergency shelter assistance funding. His request has been approved by the Assembly budget committee.

Per international law, they presented at a checkpoint and asked for asylum because they say their homelands are too dangerous to go home. They are legally entitled to a hearing and the U.S. legally cannot deny that.

The courts are backlogged. So the question is what to do with people while they await their hearings, at which they will either be granted asylum or ordered deported.

If you just let ICE keep dumping them on the streets, that could become another public health crisis like with the homeless last year.

A wall would NOT keep any of these people out, since they presented themselves lawfully at a checkpoint.  While they may be arguments for a wall in places, it doesn't stop asylum seekers, only smugglers or people just coming here for work maybe, but not those seeking asylum because their lives have been threatened.

Simple solution, change the law and let them apply from their home countries at a US embassy. Then, they can wait their turn while the process of vetting them and their claims takes place. There are too many “asylum seekers” being coached by liberal groups on how to take advantage of the loopholes in our current system. That system was not designed to handle the volume of traffic showing up at our Southern boarder. It is ignorant to think that our government and the American tax payer should bear the cost of feeding, housing and providing medical aid to anyone who shows up at our door with a story. Your motives are as transparent as you are. By the way, your current Politics section is more biased than usual, nothing but an anti-conservative trough of garbage. Three days in and no mention of Northam? SMH.

from a board where four of five Supervisors are Republicans.  It was edited only slightly to get mention of our two East County Supervisors up higher. The same story was run by virtually every media outlet in town. .Why do you assume this is a "liberal" agenda by our publication?

As for applying for asylum in a home country, that doesn't work by definition since asylees are those who claim their lives are in danger and they had to immediately flee for safety's sake.

What COULD work though would be to allow applications for regular immigration visas to be processed in home countries, ie, those who just want to come here for work, family visits, etc.

As for Northam, he's not a local politician or one that anyone in our region can vote for.  We don't cover scandals involving out of state politicians, other than perhaps a link in our World Watch section.  There are plenty of conservative politicians involved in controversies who we haven't covered either.  We limit that to those who are running for President, our local representatives, or perhaps those in leadesrhip positions in the House and Senate, since none of us here have any control over what a politician or voters in another state may decide.

Last week the celebrities and the liberals wanted to punch the Covington kids in the face over typical fake news. So far there’s silence about Ralph Northam. If this was a Republican, Democrats would be at his front door with pitchforks and torches, blocking traffic in the streets and burning buildings. Then, you’ll come on here and attempt to defend the rights of asylum seekers, while illuminating the Empire State Building in celebration of passing laws allowing doctors to murder a child at 40 weeks. The hypocrisy of the left knows no bounds.

though there is division within the party over the issue since his posing in blackface was decades ago and he has a pro-civil rights voting record generally. I monitor discussion forums on the left and right and there is a robust dicussion on this issue.

We haven't covered it because our standard on politics is to cover anything that our local voters may vote on or that affects them directly.

An elected official however crazy, corrupt or racst in another state does not direclty effect East Conty voters, and our resources are devoted to covering local issues and those natoinal ones that impact us here.

but also a gift, as it will keep your party out of the White House for the foreseeable future. Carry on!
Well said, JD. How any party can preach about sanctuary for migrants from one side of their mouths while condoning infanticide out of the other is astounding. "Keep far from a false charge, and do not kill the innocent and righteous, for I will not acquit the wicked." Exodus 23:7
Too much Government encouraging illegal invasion of America. Sends the wrong message. Past time to realize America is bulging with populous on streets, highways, cities and our dime. Close and fence the south border now!