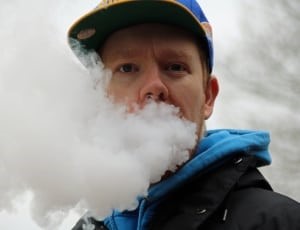 If final approval is made on Feb. 28, the regulations will take effect July 1 and run through Feb. 28, 2021. The ban on vaping items could be lifted sooner if the U.S. Center for Disease Control changes its directives, which currently advise consumers to avoid all vaping/e-cigarette use due to sudden and severe lung illnesses.

Supervisors Kristin Gaspar and Jim Desmond voted against the ban. Desmond said he supports the rights of adults over 21 to choose whether to use vaping or other tobacco products and voiced doubt whether a ban would prevent minors from accessing products that can be found online.

But Supervisor Dianne Jacob, who supported the ban along with Chairman Greg Cox and Supervisor Nathan Fletcher, noted that vaping-related illness has sickened thousands nationwide and killed at least 55 people.

She chided her colleagues, noting that the board could take no action while the federal investigation into the health crisis continues, but added, “That’s not what leadership is about.”  She noted that the most sure-fire way to people to prevent risk is to avoid all use of tobacco and vaping products.

The agenda item drew 60 public speakers, with two-thirds in favor of the moratorium. Those included teachers and health representatives from the American Heart Association and American Lung Association. Those opposed included owners of vaping and smoke shops, who argued that the ban could put them out of business.