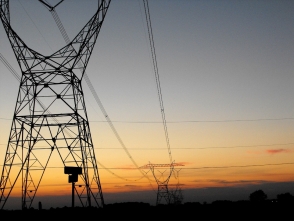 Back in March, Supervisors asked staff to prepare a report on how to increase regional resiliency and lessen impacts for residents of planned power shutoffs during extreme fire risk conditions. So, on Tuesday, May 31st, Jeff Toney, director of Office of Emergency Services, gave Supervisors an overview and proposed mitigation measures.

He noted that according to the California Public Utilities Commission, utility infrastructure historically has been responsible for less than 10% of reported wildfires, yet comprised roughly half of the most destructive wildfires in California history. That includes the 2007 firestorms that devastated San Diego County.

Hoping to reduce fires caused by utilities, in 2012 the PUC voted to allow utilities to impose public safety power shutoffs during hot, windy conditions. SDG&E started using these shutoffs in 2013 and since then, other utilities have done so as well.

After many residents and businesses complained about negative impacts and often dangerous conditions caused by the shutoffs, Governor Gavin Newsom in 2019 launched a program for local governments to help mitigate impacts of the power shutoffs, granting $1.8 million to our county in 2018 and 2019.

San Diego County has used that money to invest in backup generators at six county fire stations and at the Potrero and Descanso libraries – remote areas subject to frequent shutoffs. It also funded helping to keep power on for the Sheriff’s headquarters and the public health laboratory, as well as battery backup replacement for 54 traffic signals.

The County’s Office of Emergency Service has formed a public safety power shutoff working group with diverse stakeholders to work with SDG&E, governmental and tribal agencies, and other groups across the region.

They created a public survey that drew over 2,300 responses. The survey  in 5 languages asked residents about notifications for power shutoffs, their personal preparedness, and their experiences.  You can still take the survey at ReadySanDiego.gov.

Recommendations of the working group include having the county:

Review and improve the plan check and permit process for utility undergrounding;

Work to educate the public on generator usage and more;

Work to expand outreach and warnings of outage including under-served communities and promote calling 211 for those who need help;

Research options to strengthen and maintain VHF radio coverage and maintenance for first responders and install backup power for key infrastructure and county facilities; and

Advocate for the state to reimburse the county for additional costs, as well as look to state grants, FEMA, community grant programs, the American Rescue Plan Act or private donations for additional funding

A staffer stated that the county recognizes that long term and frequent power outages are challenges for many residents, but added that they are not going away anytime soon due to extreme weather.

Vanessa Garcia, SDG&E’s public affairs spokesperson, said the company is “proud of our wildfire efforts” to help the utility prevent its equipment from causing fires. She said the company is working to limit the duration and frequency of outages, as well as innovative ideas such as building community microgrids, selective undergrounding of power lines, and piloting mobile power stations with charging ports for clean energy vehicles and to keep power on for customers.

Supervisor Jim Desmond noted that the  initial survey revealed “a great deal of what public thought.”

73% felt that they did not have sufficient resources to maintain safety of life, health and environment – primarily getting well water out.  72% said they not sufficiently notified when the power shutoff event ended, he noted.

He praised SDG&E for working to  pinpoint communities at risk and be a leader statewide on these issues, but added, “We still have some more work to do.”

Desmond voiced concern about traffic safety at intersections, especially at night.  He related that a fire chief told him of seeing “everything from semis to horse trailers driving through intersections without stopping when lights were out…narrowly missing vehicles.”

The Chief said he was advised by the California Highway Patrol and Caltrans that they had no plans to help with traffic control during the outages.

Desmond noted that the county’s unincorporated areas have 202 traffic lights but battery backups only last for 6 to 8 hours, switching to flashing red lights after the first four hours.  He recommended accepting the staff report but adding an amendment for staff to identify an agency responsible for placing traffic control devices along evacuating corridors and making sure that battery backup generators “last for days, not just hours” especial at night.

Anderson proposed another amendment to ask that staff look to implement $8 million in credits for undergrounding utility lines as soon as possible. He stated, “Where we have the most impacts due to wind influences, we should underground those lines.”

He also asked that the county push the PUC to increase funding for a Community Power Resilience Program back to at least the pre-COVID level of $1.2 million.

The proposed reforms including the amendments proposed by Desmond and Anderson passed unanimously 5-0.

undergrounding utility lines. been hearing that since 1969! ya right sdge will get right on that. hahahahahahaha