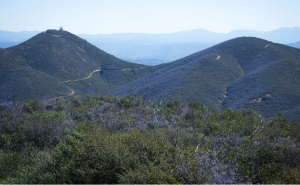 Project would include 2,135 homes to help meet housing demand plus retail and commercial development; opponents cite concerns over traffic, evacuation during wildfires, and loss of wildlife habitat

December 7, 2019 (San Diego) – Over 100,000 residents signed a petition opposing the controversial Newland Sierra housing development approved by Supervisors, qualifying an initiative to appear on the March 2020 ballot after to let voters decide whether or not to allow the massive project.  But after the developer, Newland Communities, threatened legal action if neutral wording wasn’t changed, Supervisors voted 3-2 to adopt ballot language changes nearly identical to changes demanded by the developer.

The action angered environmentalists and planning groups opposed to the project, who only learned of the proposed changes when the matter showed up on an agenda days before the Nov. 19 vote.   Supervisors met twice in secret closed-door meetings, first voting down the changes 3-2. But then Supervisor Greg Cox changed his mind, joining with Kristin Gaspar and Jim Desmond to approve the developer-backed wording. Both Gaspar and Desmond have taken campaign contributions from Newland.

Supervisors Dianne Jacob and Nathan Fletcher voted against changing the language.  Jacob has stated that she has “never seen anything like this before” in her 27 years on the board, according to Coast News Group.

Fletcher objected to changing language based on polling done by Newland Sierra and believes the language is now biased in favor of Newland Sierra, after learning from County Counsel that opponents were not consulted on the change.

Desmond disagrees, stating, “This is reasonable ballot language that explains what the heck you’re voting on,” the Union-Tribune reported.

The original language, all sides agree, was neutral but confusing.  It asked voters whether or not a county general plan amendment and Newland Sierra Project should be approved, but included a lengthy technical description.

The new language shortens the technical description but goes further, adding a description of the county’s original plan and the latest proposal. It states, “The existing General Plan allows 99 homes and up to 2,000,000 square feet of commercial with open space. General Plan Amendment PDS2015-GPA-15-001 would authorize up to 2,199 homes and 1,777,684 square feet of commercial. The approved Newland Sierra Project includes a planned community of 2,135 homes, a school site, 81,000 square feet of retail, 36 acres of parks and 1,209 acres of open space.”

No on Newland Sierra campaign spokesman Rick Scholoss blasted the Supervisors’ action.  “Newland’s request to change the language was politically motivated to boost their changes at the polls in March,” he says.  “No amount of word-smithing can hide what Newland Sierra truly is – a sprawl development in a high fire risk area with no affordable housing that will add almost 29,000 cars to the freeway every day.”

The opponents note that the Merriam Mountain Area where the project would be built (west of I-15 and north of Deer Springs Rd.) is also a critical corridor for wildlife. They also voice concern over limited evacuation routes which could pose danger during wildfire evacuation. 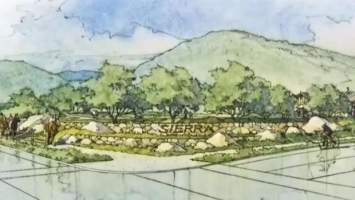 But the campaign in favor of Newland Sierra, calls it the “better choice for the development of private property just off I-15, next to the cities of Escondido, San Marcos and Vista -- land that will be developed one way or the other.” The group’s website states,”The General Plan allows for a massive, 2 million square-foot retail and office development, along with 99 luxury estates. Newland Sierra is a better choice. It affirms the County Board of Supervisors’ unanimous approval of a project that provides 2,135 badly-needed new homes – more than 60% of which will be affordably priced for working families – and preserves more than 60% of the property as permanent open space.”

Those in favor include the San Diego Regional Chamber of Commerce, the San Marcos Chamber of Commerce, several North County mayors of San Marcos, Escondido, Vista and Poway as well as East County mayors from El Cajon, Lemon Grove and Santee. Other supporters include the North County Association of Realtors, and unions representing Cal Fire firefighters and the Deputy Sheriff’s Association, which have stated the housing is needed for their members.

About 10% of the project is reportedly reserved for people earning less than the county median income.

Opponents of the measure are considering legal action to potentially ask courts to change the language yet again before ballots are printed for the March election.

But ballot language won’t be the only thing many voters are likely to see before making up their minds how to vote.  Both sides are expected to spend substantial sums on mailers, flyers, advertising and social media campaigns seeking to educate voters on their perspectives for and against the controversial measure.