“The only reason to consider gutting planning groups is to give free rein to every developer who wants to overwhelm a rural town—and keep the locals in the dark.”  -- Patsy Fritz

March 1, 2012 (San Diego) – It wasn’t quite a public flogging, but it came close.  Rural residents and their community planning representatives showed up at a County Board of Supervisors’ meeting yesterday to verbally excoriate those considering recommendations made by a developer-stacked “Red Tape Reduction Task Force. The Task Force wants to eliminate community planning groups(CPGs) or discourage participation through measures such as eliminating indemnification of planners against lawsuits, imposing term limits, and eliminating the County’s Resource Protection Ordinance.

“None of the Red Tape Reduction Task Force members were required to submit conflict of interest statements,” observed Boulevard Planning Group Chair Donna Tisdale.  “They failed to disclose huge vested interests and profits to be made. That is illegal.”

By contrast, local community planners are required to disclose personal or business financial conflicts of interest.  So are County Supervisors.  Yet nobody at the County asked developers on the task force to reveal whether they stand to gain from massive energy , housing or other development projects proposed in our rural regions.

Patsy Fritz, a Pauma Valley resident, said she has attended about 500 community planning group meetings.  She views the proposals as a scheme to allow developers to trample the rights and silence the voices of rural residents.  She also spoke out sharply against a proposal to eliminate the $17 a month per planner that the County spends to protect its volunteer planning group members  legally in the event of lawsuits. 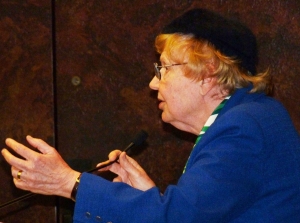 She said such action would “encourage developers to intimidate planning groups with their phalanx of lawyers” by filing “SLAPP suits that would bankrupt every citizen-planner who serves this County.”

Turning to Supervisor Bill Horn, Fritz pointed out his hypocrisy in “whining” about $58,000 a year to provide legal protection to planners.  “Let’s contrast that $58,000 to the $69,000 you personally cost the taxpayers,” she said, citing a claim made against Horn by a female staffer alleging vulgarities in the workplace. “You were desperate to conceal that complaint and the County settled,” she observed, noting that costs included attorney fees for not only settling the case, but also reimbursing the Union-Tribune its legal costs to obtain public records under the Brown Act.

“Have you no shame?” she asked Horn, who smirked in response.

Fifteen planners and citizens spoke against the task force recommendations, while four spoke in favor.

Oliver Smith, chair of the Valley Center Planning Group, asked why no member of the public was invited to serve on the task force and accused its members of operating in secrecy.  He also objected to the task force’s proposal to eliminate “multiple bites at the apple” and said sometimes a project needs additional review when new information is received.

Dan Silver, CEO of the Endangered Habitats League, chastised Supervisors for failing to include the conservation community on the task force.  He urged Supervisors to keep the Resource Protection Ordinance as well as community planning groups, which he called “a hallmark of good government that this county is known for.”

Mary Hanson with the League of Women Voters called on the board to reject any effort to make planning groups “meaningless” and said information must flow both ways. Community planning groups allow for “maximum participation,” she said.

Margarette Morgan, Chair of the Bonsall Sponsor Group , the community planning group, said she fears striking down the Resource Protection Ordinance could cut input of fire and water agencies. 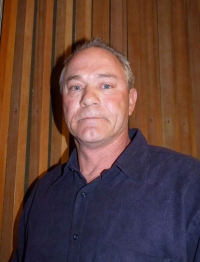 Michael Connor of Valley Center said he was “appalled” that Supervisors would consider eliminating planning groups, which he fears would lead to “only developers making decisions."

He added, "Infrastructure is important. We can’t have roads to nowhere. We can’t have evacuations without roads. This is appalling for democracy in .” Connor said he spent 32 years fighting fires for his community.  “Don’t take away our voice,” he implored, drawing applause.

Hans Britsch, who serves on the Valley Center Planning Group, said he ran because his planning group helped him learn about “devious plans” by a developer to access and bulldoze his land, threatening his cactus-growing business.  “Rural communities need us,” he told Supervisors.

Janet Shackleford brought a unique perspective to the indemnification issue.  “Years ago I was sued as Chair of a design review group. The court threw it out because we were advisory,” she recalled. She fears eliminating indemnification will lead to lawsuits against planning group members and that many would be fearful to serve.

Kathy Chadwick, a Crest resident, praised her planning group for helping the community start an emergency fire plan. She said neighbors want such discussions kept in the community and that not many people would go to downtown San Diego for hearings. 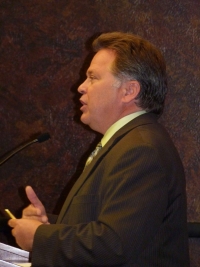 Matthew Adams with the San Diego County Building Industry Association spoke in favor of the task force’s recommendations.  “They put a man on the moon in nine years,” he said, adding that some local development projects have taken longer. “No one here is asking for a free ride. We’re only asking for a fair shake.”

Others speaking in favor included a builder who said he may move back to Florida if the process is not streamlined, as well as a Mount Helix homeowner who said he paid close to $100,000 in various fees and other costs to subdivide a lot for a second home.

Two Supervisors, Dianne Jacob and Pam-Slater Price, gave statements making clear that they believe the Red Tape Reduction Task force overstepped its mission, which both had believed was limited to resolving internal staff problems hindering development approvals.  For example, Jacob said some Mom and Pop homeowners have faced huge costs and repeated delays after meeting requirements listed by staff, only to have new ones imposed.

A motion by Jacob was adopted unanimously to enact certain recommendations of the task force, but not the more controversial proposals to eliminate or gut planning group powers or abolish the Resource Protection Ordinance.

The remaining items will be considered on March 28.  The Supervisors had previously approved the items in Jacob’s motion late last year, but the vote was rescinded after Californians Aware (Calaware) filed a lawsuit alleging a Brown Act violation due to lack of public input.

The Supervisors got plenty of public input in Wednesday’s hearing, as well as in correspondence received from some constituents, but ultimately voted to adopt the same items.  The new hearing did, however, give opponents the opportunity to weigh in on the far more controversial  items set for action on March 28.

But Jacob made clear that she has met with planning chairs in her district and that “I am firmly in support of community planning groups.”  She views the solution as requiring planners to go through training on the Brown Act and other areas to improve problems, noting that the City of San Diego “not only indemnifies members, it provides training.”

Slater-Price agreed, pointedly thanking citizens who spoke.  “You’re our bosses,” she said, adding that when she voted to create the task force, “I was not voting to decimate 40 years of community planning groups. I do not support that.”

She supports requiring training prior to seating a planning group member, but also wants to “protect the quality of life” in areas as diverse as Jacumba and Del Mar.  Slater-Price also conceded that there are valid complaints from some developers, who mostly want to know what they must do to get projects approved in a timely manner. “Time is money,” she said of costly time overruns.

Supervisor Greg Cox said he wasn’t prepared to disclose his opinion on eliminating planning groups until the 28th.  He did, however,  voice support for doing a “much better job in the area of training” and noted that even Supervisors must go through training on ethics and other issues.  His remarks suggest he may be leaning toward retaining the planning groups but like Jacob and Slater-Price, favor increased training for planning group members—a stance that is also supported by some planning group members who spoke, including Boulevard’s Donna Tisdale.

Horn maintained that he felt “encouraged” to see that “we are actually making progress.” He added that in seeking developers’ opinions for streamlining, “We’ve stirred up a hornets’ nest , and I expected that.”

Chairman Ron Roberts  insisted that the efforts to change the system grew out of “extreme frustration” and said the County has managed to “do more work for less money in every department save one—planning.”

Roberts voiced frustration that a planner speaking (as well as many audience members) seemed unaware that Jacob’s detailed motion had been posted online, and sent a clerk to make just ten copies for handouts.  “That’s part of the problem,” he muttered. The handouts did not show the highlighted items, however, and were useless for determining just what items were up for consideration during Wednesday’s meeting.

Roberts denigrated the role of planning groups, contending that “we are spending tens of millions on a process that provides zero benefit for the public good.” He said environmental laws can be used as “weapons” to halt projects.

The Board of Supervisors Chairman chided some planning group members for “misbehaviors” and “highly questionable” actions—but then told audience members that what some perceived as a “plot to eliminate planning groups” is “not a done deal.” He concluded, “What I want to see at the end of the day is a significant decrease in approval times.”