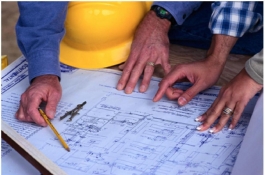 October 9, 2010 (San Diego) – Work has been underway for years to update the County’s General Plan. But in August, a coalition headed by the Building Industry Association, San Diego Realtors Associations, and other pro-development interests has published a white paper calling for drastic changes. Supervisors will hear the proposal on October 20th at 9 a.m.

“The paper insists that clustering of housing into small, non-conforming lots should be a developer’s right,” said Valle de Oro Community Planning group chairman Jack Phillips, in a letter warning County residents that the result could be condominiums on Mt. Helix and in other semi-rural areas. “If this type of `anything goes’ future development is allowed, then our property values will probably go, too.”

The developers' white paper takes issue with the existence of unique community plans for diverse unincorporated communities and suggests that compatibility with the community should not be a requirement for new development.

“According to them, twelve years of work by the planning groups as a `grass roots’ effort to improve the General Plan and have Community Plans reflect the needs and wants of each community should be scrapped and the rewrite by this `special interest’ group should be accepted,” Phillips wrote.

In some rural areas, such as Campo, large-scale housing projects have raised concerns over water usage in areas where residents rely on well water.  Other concerns include increased traffic and crime.

Phillips urged residents of the County's unincorporated areas to “get involved in this developing threat to our unique community” and added that development interests have been heavily lobbying the Supervisors.

The whitepaper is titled “County General Plan Update: Fixing the Fatal Flaw”, dated August 2010. It calls on Supervisors to eliminate “severe downzoning” and claims that “if this General Plan moves forward in its current form, rural communities will be left with little economic opportunity.”  Other supporters include the San Diego Regional Chamber of Commerce and Save Our Rural Communities ((S.O.R.E.), a pro-development organization.

The County Board of Supervisors meets at the County Administration Building, 1600 Pacific Highway, San Diego. If you are unable to attend the meeting and wish to voice your views to your Supervisor and other Supervisors, contact them at http://www.sdcounty.ca.gov/general/bos.html.