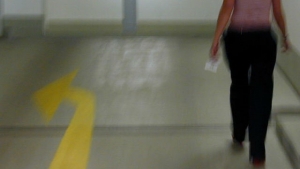 Reprinted with permission from Times of San Diego

April 22, 2015 (San Diego)--With a 3-1 vote, the county Board of Supervisors gave families of people with mental illness another tool to get help, Laura’s Law, which  allows counties to seek court-ordered outpatient treatment for people with severe mental illness.

Chairman Bill Horn was the only one opposing the plan (Supervisor Ron Roberts was not present for the vote). He told 10 News he was not comfortable with taking away people’s rights.

“It’s a slippery slope once you start taking away adult’s rights and handing them to a judge,” he said in statement.

The law was named after Laura Wilcox, a public health worker, who was killed in 2001 by a man with an untreated mental illness in Nevada County.

The supervisors approved the implementation of the law, and authorized staff to issue a competitive solicitation for Laura’s Law services, also known as assisted outpatient treatment.

The program will serve people with serious mental illness who are 18 years or older, have a history of refusing to accept treatment and who have a recent history of psychiatric hospitalizations, incarcerations, or threats or attempts of serious violence toward themselves or others.

It is intended to get “people whose families are in crisis the help they need earlier so it doesn’t turn into a tragic event,” Supervisor Dave Roberts told 10News

In 2011, San Diego County adopted the In Home Outreach Team as an alternative to Laura’s Law. The program — which is similar to Laura’s Law, but allows for voluntary rather than mandatory treatment – has drawn praise from mental health officials and affected families.

As part of Tuesday’s action, the Board of Supervisors will receive status reports every six months with outcomes for IHOT and Laura’s Law services.