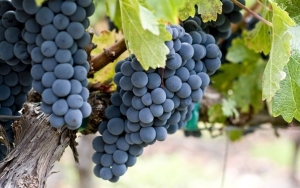 August 6, 2014 (San Diego) -- San Diego County’s Board of Supervisors unanimously directed County staff Wednesday to start working on a program to promote agriculture. Ultimately, the program could open up nearly one-third of the unincorporated county to wineries.

The proposed Agriculture Promotion Program would also streamline County planning and land use regulations to expand and promote other agricultural pursuits. Those include microbreweries, “agritourism,” cheese-making, beekeeping and onsite retail horticultural sales.

The County’s 2012 Crop Report stated that the total value of agriculture in the county in 2012 was $1.75 billion.  However, County officials said Wednesday that agriculture in San Diego County faces numerous challenges including the high price of land and water.

The proposed promotion program could give agriculture, an important segment of the regional economy, a boost.

Officials from the County’s Planning and Development Services said the program includes the proposal to open up nearly 650,000 acres of land — about 27 percent of all unincorporated land — to wineries. That land, which is now zoned for “general rural” use, currently allows landowners to grow wine grapes but does not allow wineries.

Interest in wineries and grape-growing has exploded in the past few years. The 2012 Crop Report said the number of acres devoted to growing wine grapes in San Diego County jumped by 478 percent from 2011 to 2012.

Planning and Development Services officials said it could take up to 30 months to create the comprehensive program and bring it back to the Board for consideration.