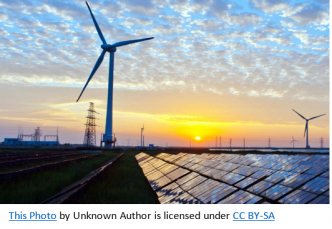 Residents in unincorporated areas of the county are expected to begin receiving power from clean energy sources through the CCE starting in spring 2023, though residents can opt out if they prefer to stay with SDG&E.

SDG&E, which did not oppose the move, will still provide transmission lines and delivery, as well as billing.  SDCP currently is charging about 1 to 2 percent less for electricity than SDG&E.

Back in October 2019, Supervisors voted to establish a CCE program for unincorporated areas with a goal of 90% of energy from renewables by 2030.  In April 2021, the Board asked staff to research options. Staff prepared a feasibility study and held five public workshops.

On Tuesday, Supervisors were presented two CCEs as options. San Diego Community Power includes the cities of San Diego, La Mesa, Chula Vista, Imperial Beach and Encinitas. The Clean Energy Alliance, includes Carlsbad, Del Mar and Solana Beach. which is larger. Staff did not recommend one over the other, noting that both were financially sound.

Supervisor Terra Lawson-Remer will represent the County on the CCE’s board, with Supervisor Nora Vargas as alternate.

Anderson objected to unincorporated areas not having any representation on the board, calling this a “disservice.” The major industrial-scale wind and solar projects built or proposed are predominantly in unincorporated parts of East County, not urban or coastal communities. In addition, he asked why the study didn’t fully consider costs of building long-term energy storage systems and voiced doubt that inland residents with hot summers and high utility bills would have much in common with coastal residents.

Anderson motioned to delay a decision by 30 days for a new feasibility study, but that motion was shot down 3-2. Chairman Nathan Fletcher, who voted in favor, stated, “We have a climate challenge, and we have an obligation to get our energy sources in a more renewable format, in a more sustainable way.”

The action drew both praise and criticism.

Susan Brinchman, a Santee resident, told ECM in a post on our Facebook page, “I love the idea and have been encouraging the County BOS (Board of Supervisors) to adopt this policy for several years now. We do not need a monopoly when it comes to our utilities. Very glad this is happening. Finally.”

But Mike Johnson voiced skepticism in his post. “Anything run by the county is run poorly at best,” he contended.

Matthew Vasilakis, policy co-director of Climate Action Campaign, supports the action, stating that working in partnership is needed “to save the people and places we love from the climate crisis.”

Donna Tisdale, Chair of the Boulevard Planning Group and founder of the nonprofit Backcountry Against Dumps, has led battles to fight against industrial-scale wind and solar projects close to rural homes and on scenic public lands.

“It is disheartening that the County has joined the SDCP whose board approved the JVR Solar Power Purchase Agreement before JVR’s environmental review was completed,” Tisdale told ECM via email when asked for reaction to the vote.  “The SDCP representatives have no clue how much they are unnecessarily industrializing this backcountry, nor do they appear to care.”

She noted that none of the Supervisors, “even our own Anderson,”  expressed any concern for those who spoke against the Boulder Brush Substation set to enable construction of an expanded Campo Wind project, including tribal members opposed. Anderson also voted for the Jacumba solar project that was widely opposed by residents.

With several backcountry wind and solar projects pending in the backcountry, Tisdale fears “more of the same disproportionate adverse impacts to our predominantly low-income rural communities and tribal lands” to provide power to more heavily populated coastal and urban areas.

Her solution? “They should instead invest in energy production closer to their actual urban/suburban consumers [such as rooftop solar] and avoid reliance on importing energy through highly vulnerable transmission lines that run through the most fire-prone areas of the County.”