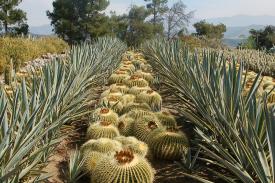 September 26, 2015 (Valley Center) – Supervisors are poised to vote October 14 on whether to approve an amendment to the County’s General Plan to allow construction of Lilac Hills, a project that includes 1,746 homes plus commercial development on 608 acres in rural Valley Center. Current zoning allows only 110 homes on the site.

If approved, the project could set a precedent to waive General Plan requirements countywide.

Now the Cleveland National Forest Foundation has called on Supervisor Bill Horn to recuse himself due to apparent conflicts of interest involving potential increased property value of land he owns nearby.  Horn has asked the state's Fair Political Practices Commission for a legal opinion on whether he must recuse himself, after another activist sent a letter of complaint to the FPPC.