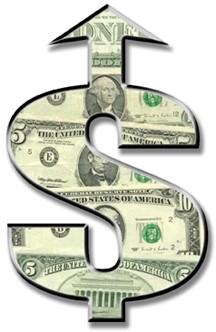 The salary raise was included on the consent calendar normally reserved for non-controversial items.  Supervisor Dave Roberts, who lost his reelection bid, was the only Supervisor to object. His successor, Kristin Gaspar, will take office before the Jan. 10th vote.

Currently, local Supervisors’ salary is based at 80 percent of what a Superior Court judge earns. The new ordinance would change that to 85 percent from March17 to Dec. 7, 2016 and raise it to 90 percent of a judge’s salary after that.

Supervisors’ salaries have risen less than 1 percent a year over the past nine years, according to a statement issued by Chairman Ron Roberts. It’s been 20 years since the formula for calculating their salaries has changed.

The Union-Tribune reports that San Diego ranks fourth in the state for total monetary compensation for county supervisors, including benefits and salary.

Service Employees International Local 221 president Tracey Carter questioned the raises. “My fellow public servants are asking if the board will be as generous to their employees and their clients as they are to themselves,” she said in a statement. The union represents over 10,000 county workers.

Voters who object to the pay hikes for supervisors won’t be able to vote the officials out, since all four supervisors who voted for the salary increase will be leaving office in 2018 and 2020 due to term limits.

A raise? social Security did not raise for 2 years and the 2017 raise is canceled by an increase in Medicare "fees". The head of the fed says inflation is not yet to 2%. So whats with a 12.5% raise?

I worked with the AFL-CIO local 127 and the San Diego MEA to get increased wages and benefits for City employees. Health insurance was important but when inflation was raging at 10% a month I was losing buying power daily. The two or three percent salary increases meant I was losing seven percent.
http://www.usinflationcalculator.com/inflation/current-inflation-rates/