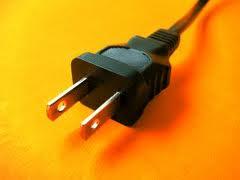 East County News Service
February 27, 2019 (San Diego) -- The San Diego County Board of Supervisors voted unanimously Tuesday to study the idea of buying and selling electricity to give county residents an alternative to having to buy it from the region’s utility, San Diego Gas & Electric. Under a community choice program, residents would still have the option to stay with SDG&E if they choose to do so.

The Board voted specifically to direct County staff to come back in October with a feasibility study that would include options—including the option of deciding not to create a program—pros and cons, and a business plan for the Board to consider.

Community Choice Energy programs, also known as Community Choice Aggregation, allow cities and counties to buy and/or generate electricity for their residents and businesses. The City of San Diego and several other local cities are also weighing banding together to form CCE.
The Board’s vote Tuesday also directed County staff to update the Board and the public about the study’s progress every two months, updates that could include speakers from other counties that have created their own plans, and groups that have studied Community Choice Energy programs.
Board Chairwoman Dianne Jacob, who proposed the idea of creating a Community Choice Energy Program along with County Supervisor Nathan Fletcher, said the time was right for the County to consider such a program.
Jacob said Community Choice Aggregation had come a long way since Marin County became the first in California to create a program in 2010, that 19 programs were operating today, including the City of Solana Beach’s, and that eight cities in San Diego County were also considering creating plans and perhaps even a regional Joint Powers Authority.
Jacob said that the County of San Diego has been bypassing SDG&E to buy its own electricity since 2001 and has saved taxpayers $23 million since that time, including $3.4 million alone last year.
Supervisor Kristine Kaspar previously voiced doubts about the program, but voted with colleagues for the study.  “I support clean energy,” she said previously, the San Diego Union-Tribune reported. “I support lower prices, but what I can’t support is getting into the energy business without a plan.”
Supervisor Jim Desmond had earlier questioned whether a private entity might be more efficient than the government at providing energy, stating. “I’m just wondering if this could be contracted out to a separate entity that would be part of the (joint powers authority) that wouldn’t have to have county employees or maybe just limited county employees.”
Fletcher said that it was appropriate for the County to study whether it could pass those kinds of savings to its residents, and that data suggested a Community Choice Energy program could also increase use of renewable energy sources like wind and solar power.

I live in an apartment and I have independent SDG&E meters and am billed directly, I believe the answer to your question is - yes. Assuming the electric (and natural gas) are not included in your rent - thus paid for by the landlord. If you are billed separately, the apartment owners doubtfully can tell you which utility company you can use. No choice regarding water, sewer and trash though. Ask your manager to find out, or call SDG&E.
We have solar and are unhappy with the price SDG&E pay us for generation. SDG&E does not generate, they are strictly a middleman operation. Seems reasonable that if there are benefits going somewhere else as noted by Jacob, the Supervisors should be directing us directly to that source, instead of getting in the middle. Too much bureaucracy develops swamps.
I hope the city of El Cajon follows this approach - provided the new energy plan actually saves consumers substantial money. We shall see... if so, I'm in.

Wonder if my apartment complex would let me switch over from SDG&E though...