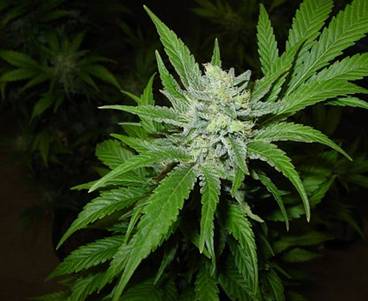 Supervisors’ actions run counter to the will of voters statewide, who approved legalizing medical marijuana more than a decade ago and recreational marijuana last November.  Those ballot measures allow local jurisdictions to impose restrictions, which San Diego’s Supervisors seek to do.

Opponents of legalization have voiced concerns over drug abuse, drugged driving, and access by minors if dispensaries proliferate or the growing and harvesting of commercial marijuana is allowed.  Incidents of drugged driving have increased in some states that legalized recreational marijuana, though there is also evidence that deaths from narcotics overdoses declined when marijuana was legalized. Some have also voiced concern that the Trump administration could crack down on marijuana operations, which remain illegal under federal law.

Supporters have argued that access by adults should be provided in accordance with the spirit of the law and that unincorporated county residents should not have to travel to distant cities to purchase medical or recreational marijuana.

While the recreational pot initiative passed by voters allows individuals to grow up to six cannabis plants,  that does not resolve the issue of medical marijuana patients who find relief from oral tinctures,  creams, ointments or other forms that the county wants to prohibit sale of in unincorporated areas.  It also leaves tenants at the mercy of landlords who may seek to outlaw growing cannabis plants.

The crackdown at the county level comes at a time when at least two East County cities,  La Mesa and Lemon Grove, are moving forward to loosen restrictions and allow limited numbers of medical marijuana dispensaries.

The agricultural ban also prohibits growing of hemp, a commercially viable crop that while related to marijuana, does not contain the psychoactive ingredient that causes people to become high.

Below is a message from Joseph Farace at the County’s Planning and Development Services sent to community planning group members with additional details:

I hope you are all doing well – I wanted to inform you that the Board of Supervisors will be considering proposed amendments to the San Diego County Code of Regulatory Ordinances and the Zoning Ordinance related to medical and non-medical marijuana facilities on March 15, 2017.

Staff will also present the Planning Commission’s February 10, 2017 recommendation to not ban all Medical Marijuana Facilities in the unincorporated County but rather to ban any new dispensaries (storefronts) beyond those already operating or vested and for the Board to consider possible future Zoning Ordinance amendments addressing regulations permitting cannabis farming in agricultural zones.

The complete Board Letter detailing the proposed amendments will be posted on the Clerk of the Board’s website on Wednesday March 8, 2017 at the following link:

Thank you and please let me know if you have any questions.  Joe