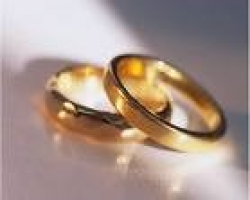 August 31, 2015 (Washington D.C.) – The U.S. Supreme Court today denied a request from a county clerk in Kentucky who sought to be excused from issuing marriage licenses to same-sex couples due to her religious beliefs.

The clerk, Kim Davis from Rowan County, is an Apostolic Christian who refused to grant marriage licenses to any couples, straight or gay, after the Supreme Court in June declared same-sex marriage a constitutional right. Gay and straight couples filed suit and a lower court ordered Davis to issue the licenses. After an appellate court refused to overturn the ruling, Davis appealed to the Supreme Court, which declined to intervene.

Now that the nation’s highest court has denied her appeal without comment, Davis must either resign, issue licenses to all couples immediately, or face contempt of court charges and potentially, jail.

Davis has been in public service for decades, as deputy clerk for 26 years before winning election as County Clerk. She has drawn protesters and reportedly, a death threat as well as messages from supporters.

The ruling will impact at least 14 other counties in Alabama and Texas where county clerks have refused to grant marriage licenses to same-sex couples, the Washington Post reports.  It could also impact similar cases of government officials refusing to comply with other marriage rights for same-sex couples, such as parental and adoption rights.

Can I marry my dog yet? I need more tax exemptions.