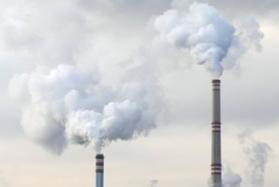 February 9, 2016 (Washington D.C.) – The U.S. Supreme Court has thrown a monkey wrench into U.S. compliance with the landmark climate change accord signed in Paris by 195 nations, blocking a key action aimed at reducing air pollution and greenhouse gas emissions from coal-fired power plants.

A cornerstone of the U.S. agreement in Paris is the Clean Power Plan that President Obama issued via executive order, requiring the Environmental Protection Agency enforce emission requirements after Congress failed to take action – a Congress controlled by members who take hefty contributions from the fossil fuels industry.

By a 5-4 vote, justices ordered the Environmental Protection Agency to halt enforcement of the Clean Power Plan that would have cut pollution from coal-fired power plants, at least until the D.C. Circuit Court of Appeals hears a suit filed by the coal industry and conservative-controlled states.  The delay could kill the plan completely, since a ruling by the Court of Appeals likely won’t happen until after Obama leaves office.

According to the Environmental Protection Agency, the environmental regulations were predicting to “avoid thousands of premature deaths and mean thousands fewer asthma attacks and hospitalizations in 2030 and every year beyond.”

The plan aimed to slash carbon dioxide emissions from power plants by almost a third of 2005 levels over the next 15 years. The Supreme Court overturned an earlier appellate court decision not to delay implementation of the program while the lawsuit worked its way through the courts.

The justices voted down party lines, with all five Republicans voting to block the environmental regulations and all four Democrats indicated they opposed the majority’s action.

Even if the appellate court upholds the Obama administration’s environmental regulations, the plaintiffs would likely appeal to the Supreme Court, pushing any final decision until 2017 or beyond. Thus even if the plan is found to be constitutional, whether or not it is enforced will hinge on the outcome of the presidential election in November.

The decision marks the second major ruling recently in which the high court sided with the coal and oil industry over environmental actions taken by the Obama administration.  Last June, the court majority voted to block federal regulations aimed at cutting mercury pollution from fossil fuel power plants.