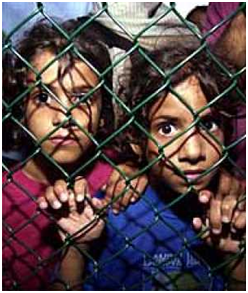 July 20, 2017 (Washington D.C.) – The Trump administration can break promises made by resettlement agencies and bar some 24,000 refugees already promised a safe haven in the U.S., the Supreme Court has ruled.

The decision overturns a portion of a Hawaii court ruling which would have allowed those refugees from six mostly Muslim nations entry, provided they had been vetted and already accepted for entry.  The stay was issued on an emergency basis based on Trump administration national security argument until an appeal is heard by the 9th Circuti Court of Appeals, which could reinstate or uphold the lower court’s ruling.

But the high court’s unsigned order  also upheld the ruling by Judge Derrick Watson in Hawaii allowing grandparents, aunts, uncles and other close relatives of people already in the U.S. to join their family members here.

Justices Samuel Alito, Neil Gorsuch and Clarence Thomas would have gone farther and also overturned protections for grandparents and other close relatives.

The rulings apply only to persons from Iran, Libya, Somalia, Sudan, Syria and Yemen.  Refugees in some of those countries are fleeing war, religious persecution, and starvation. The situation in places is dire; in Yemen, 300,000 people have recently died of cholera.

David Millbrand, president and CEO of the International Rescue Committee (IRC) issued a statement noting that refugees are already the most heavily vetted immigrants.

“Though we celebrate the fact that grandparents are now considered close family—this is only an incomplete victory. We should not forget that refugees without family relationships still bear the brunt of this bad policy,” he says. “We hope that the Ninth Circuit Court of Appeals will allow for the full implementation of Judge Watson’s order and will recognize the true bona fide nature of the relationship between refugees and resettlement agencies, and local communities that wish to welcome them.”