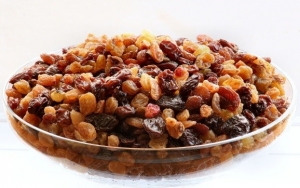 April 25, 2015 (Washington D.C.)--Should a government-backed board be able to seize part of farmers’ crops in order to keep supplies down and prices up?

That’s the issue that the U.S. Supreme Court is posed to decide.  The case was filed by a California raisin farmer, who wants to strike down actions by the California raisin board taken under a Depression era law.

The Agricultural Marketing Agreement Act of 1937 allowed farmers to join cooperative boards to stabilize prices for their products at a time when agricultural crop prices had plummeted.  It worked by farmers agreeing to not plant a portion of their land or put part of their crop into a pool to be sold overseas.

But a Fresno raising farmer refused to participate in the reserve pool, instead selling raisins on his own. He was fined $695,000 for his defiance – and promptly filed suit.

The Los Angeles Times reports that in arguments before the high court, the majority seem ready to agree that the law violates the 5th Amendment to the Constitution, which prohibits taking of private property for public use without just compensation.

Over 1,600 raisin growers from California including Sun-Maid, an industry giant, joined the USDA to defend the program, claiming the farmer who filed suit is seeking a free ride at the expense of others – benefitting from higher prices thanks to those who did participate.

The high court has previously weighed in on another aspect of government control over farm products.  In 2005, the justices ruled that forcing farmers to pay for generic marketing campaigns was legal.  Those included “I Heard It Through the Grapevine,” a commercial that featured those now famous dancing California raisins.