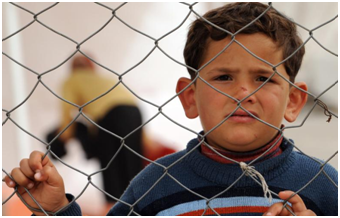 Ruling allows immigration from six Muslim nations for those with ties to U.S., but bans others until full case is heard this fall; refugees hardest hit by decision

June 27, 2017 (Washington D.C.) – The U.S. Supreme Court has issued a temporary order reinstating a portion of President Donald Trump’s travel ban previously halted by multiple appellate courts.  The decision allows immigration to continue from six Muslim nations (Iran, Libya, Somalia, Sudan, Syria and Yemen) but only for people with a “bona fide relationship” to the U.S.  The temporary order is in place until the high court hears the case in the fall and issues a ruling.

The definition of such relationship or ties is not spelled out, but legal experts generally agree that travelers with family in the U.S., jobs or job offers, and students at U.S. universities will be protected.  It is unclear whether others, such as those with medical conditions seeking treatment here, would be banned or not. Visitors seeking visas who don’t have ties here would be barred from entry.  Hardest hit would be refugees fleeing violence, whose hopes of a brighter future in America will now be dashed unless they already have family or other ties in the U.S., international aid groups warn.

“This decision impedes refugees from seeking resettlement in the U.S.,” says a statement issued by Oxfam, an international nonprofit helping refugees.  “It targets vulnerable people seeking safety after fleeing unfathomable violence and loss.”  The statement continues, “If the ban is implemented, it could put the lives of tens of thousands of people at risk worldwide and pose a direct threat to our humanitarian mission.”

In Syria alone, 11 million people have been forced to abandon their homes due to civil war and bombings by outside countries, while millions more are still suffering inside Syria, many in need of medical treatment. “ Oxfam adds, “This case affects all refugees, no matter their country of origin—leaving many confused, frustrated, and scared.”

Trump , however, called the ruling “a clear victory for our national security,” adding, “as president, I cannot allow people into our country who want to do us harm.”

While that goal is worthy, the logic is tenuous in the case of refugees, since no refugee since 9/11 has been found to have participated in any terror attack in the U.S. where vetting procedures are already rigid, unlike Europe where some immigrants have been tied to terror attacks, though in Europe, some refugees entered illegally via rafts or other means.  With an ocean separating the U.S. from the Middle East, intense screening procedures and background checks offer added layers of protection.  While no system is foolproof, the fact is that the vast majority of terror attacks on U.S. soil have been perpetrated by white Christian Americans or by U.S.-born converts to Islam.

Lower courts had blocked the President’s executive order issuing the ban, finding it discriminated based on religion, violating the Constitution.  Trump revised the ban to exclude Iraq, but that change was not enough to persuade the U.S. Court of Appeals for the 4th Circuit in Virginia, where the majority opinion stated that Trump’s own remarks about a “Muslim ban” indicated the executive order “in context drips with religious intolerance, animus and discrimination.”

Although the high court is expected to hear the full case this fall, justices indicated that they expect their order, which was approved unanimously 9-0, would give the administration ample time to complete its review of vetting procedures. The court also asked whether justices’ consideration of the case in the fall might be moot if the vetting review is completed and potentially, the ban lifted.   The Trump administration could also ask the court o revise the ban, or to extend it permanently.

The crackdown on immigrants from the six nations listed in the ban who do not have ties to  the U.S. will begin 72 hours after  Monday’s order was issued, meaning it would take place starting Thursday, so would not affect travelers already on flights when the court issued its decision or those who arrive  within the 72-hour window.

Three conservative Justices--Clarence Thomas, Samuel Alito and Neil Gorsuch, would have allowed the entire ban to take effect as Trump issued it, including barring those with ties to the U.S.  Thomas wrote that the compromise could lead to a “flood of litigation” over what constitutes a “bona fide relationship” to the U.S.