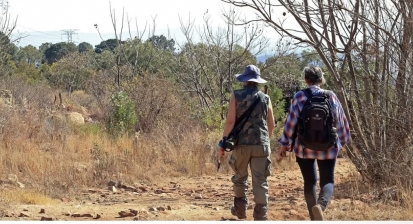 Photo:  hikers on a trail.  Photo via Pixabay

September 19, 2022 (San Diego) - A young man invites a female friend to go dirt bike riding with him and they end up in a head-on collision.

The resulting lawsuit by the young woman’s family and a ruling by a state appellate court has raised questions about the seeming immunity of property owners when their land is used for recreation. A state law dating to 1963 allows hikers, bikers and other recreational users on private land that otherwise might not be available.

This immunity defense and how it is applied was the question over an accident that happened in 2014 and a recent California Supreme Court ruling.

In this case, the young man, 18-year-old Gunner, and a young lady friend, Mikayla, were going to ride their dirt bikes on a riverbed in Paso Robles.

Gunner decided to warm up on his family’s private motocross track. He rode clockwise on the track. She chose to ride her motorbike counterclockwise on the same track, they collided, and both were injured.

Mikayla’s family sued Gunner’s family, saying the immunity defense didn’t apply because the son of the landowner offered an express invitation to their daughter to ride.  The property owner was liable for the invitees’ injuries, they argued.

Both sides agreed Gunner invited Mikayla onto his parents’ property. They disagreed whether she was invited onto the motocross track.

The trial court judge told the jury there is an exception to the law that “applies only if one of the friend’s parents, i.e., the actual landowner, expressly invited the appellant onto the property.” The jury ruled for the homeowners, concluding that they were not liable.

The young woman’s family appealed, contending that the trial court erred in how it interpreted the immunity defense.

The appellate court disagreed with the lower court ruling, stating that the young man’s invitation, as he lived at home and the homeowners consented to the living arrangement, was the same as “an express invitation by the landowner.” It was as if the parents had invited the young lady onto the property to ride.

The case was then appealed by the property owners all the way to the California Supreme Court. In a decision reached in late August, the high court found both lower courts had made mistakes in interpreting the immunity law, instead ruling that “landowners generally owe no duty of care to keep their property safe for others who may enter or use it for recreational purposes.”

They said the local court’s interpretation was too narrow and the appellate court’s too broad.  Now it’s headed back to the Court of Appeal to hear arguments that the trial court erred by denying a motion for a new trial based on other issues in the case.

When asked about the takeaway from this case, San Diego attorney Monty McIntyre said the decision is a cautionary tale about treading on other people’s property. It’s a reminder about the recreational immunity defense.

“Be careful when hiking, etc., on someone’s real property,” said McIntyre, “folks should know that whenever they use another person’s real property for recreational purposes, the landowner will usually not be liable if the visitor is injured while on the real property.” 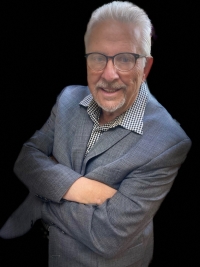 J.W. August is an award-winning journalist and freelance producer who has served as investigative producer for NBC 7 San Diego and as managing editor and senior investigative producer at ABC 10 San Diego. His in-depth investigations have included a wide range of topics such as rising seas, hate groups, nuclear fuel storage, stem cell clinic claims, dolphin deaths, and massage parlors as fronts for organized crime.