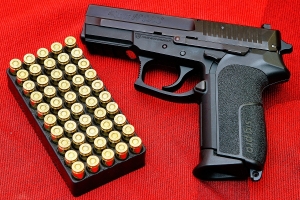 February 20, 2018 (Washington D.C.) – The U.S. Supreme Court has refused to hear a challenge by gun rights advocates to California’s law requiring a 10-day cooling off period before buying a new gun.

The CalGuns Foundation’s lawsuit contended that the waiting period violated the 2nd Amendment and was unreasonable, since it applied even to people who already owned other guns. A lower court agreed. However, an appeals court rejected those claims and the Supreme Court allowed the appellate decision upholding California’s law to stand.

The decision in the case, Silvester vs. Becerra, wasn’t close.  It takes four of the nine justices to agree to hear a case.  Only Justice Clarence Thomas dissented and wanted to hear the case.

Thomas blasted his colleagues on the bench, claiming they would likely have intervened had a waiting period been required for any other protected right. “The right to keep and bear arms is apparently this court's constitutional orphan,” he contended.

In fact, the high court has a mixed record on gun issues, striking down bans on private possession of handguns in Chicago and Washington D.C. as unconstitutional, but leaving other decision regarding guns up to the states, such as banning assault weapons, requiring trigger locks, and regulating carrying of guns in public places.

California is one of eight states to require waiting periods for gun purchases. The statute is intended to prevent deadly crimes committed in anger, mandating time for reflection before a gun may be legally purchased.

What's wrong with a 10 day "cooling off period"? For some people, even that's not enough.