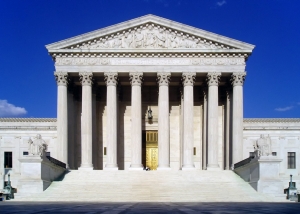 March 22, 2017 (Washington, D.C.) - Since 1898, more than a century ago, over 100 federal employees have served as acting agency heads while the top spot remained vacant and an appointee was awaiting Senate confirmation. But no longer. The U.S. Supreme Court has ruled this week that President Barack Obama exceeded his presidential authority when he named Lafe Solomon, general counsel of the National Labor Relations Board, as temporary appointee to head the agency.

The justices ruled 6 to 2 to uphold a lower court ruling and restrict presidential powers, with Justices Sonia Sotomayor and Ruth Bader Ginsburg dissenting.

Under the ruling, once a president nominates someone to head up an agency, that person may not serve as the agency’s acting head—if the position requires Senate confirmation.

The case was filed by SW General Inc., an Arizona ambulance company challenging a ruling by the National Labor Relations Board over discontinuation of bonuses for long-time employees

The ruling will make it harder for President Donald Trump and all future presidents to fill vacancies requiring Senate confirmation by simply elevating an existing person within the agency.

In recent years, stonewalling by Congress has delayed filling some top slots, meaning presidents may now be more likely to bring in outsiders as appointees. The Trump administration has been slower than most administrations to fill key posts and many Obama-era appointees have quit or been fired, with some vacancies remaining unfilled.

This makes it even more difficult to name qualified individuals to head up already short-staffed agencies.