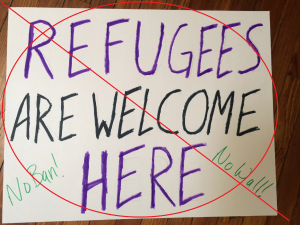 September 12, 2017 (Washington D.C.) – The U.S. Supreme Court today blocked an Appeals Court order that would have allowed refugees who already have contractual agreements from resettlement agencies to enter the U.S.  The ban could be temporary, put in place until the justices issue a final ruling after deliberations on the case begin in mid-October.

The Supreme Court’s action, taken at the request of the Trump administration, bars entry only to refugees from Iran, Libya, Somalia, Sudan, Syria and Yemen approved by resettlement agencies but not yet admitted to the U.S. The high court issued the latest order without comment, temporarily reinstating the travel ban on those refugees from six mostly Muslim countries.

Refugees from other countries are not affected.

The ruling also does not affect immigrants or refugees with families, jobs, school enrollment or other strong ties in the U.S., since the Trump administration dropped its objection to prior court rulings allowing these individuals entry.

The action puts the future of refugees fleeing terrorism, war and starvation once again in limbo, potentially putting lives and safety at risk while refugees wait and hope for mercy when the Supreme Court issues its final decision.

Isis that drives into crowds of people killing them. It seems to have morphed into similar Make America Great Again Hate groups.

So now this has morphed from a muslim ban to a refugee ban?

The leftist media has chosen a new lie. In a few weeks it will get a new name.

those from the Muslim countries with other means of entry such as student visas or other types of travel papers.  It would not be accurate to call it a Muslim ban because it does not ban all Muslims or even all travelers from mostly  Muslim countries, only those already granted refugee status.