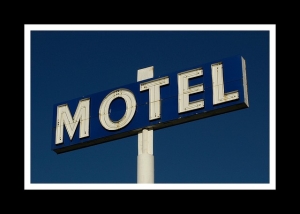 June 24, 2015 (Washington D.C.) -- Guests at hotels or motels can now rest a little easier. The U.S. Supreme Court has struck down a Los Angeles law that allowed police to demand access to guest information at lodging establishments. It’s now up to each hotel or motel owner to decide whether to challenge such requests from law enforcement.

By a 5-4 vote, the high court’s justices found the law challenged in Los Angeles v. Patel to be unconstitutional, because it forced hotel or motel owners to turn over registries or face arrest. Owners must be allowed to object and have a judge rule on whether or not guests’ identities and personal information must be turned over to law enforcement or not.

Law enforcement agencies across the country have contended that such laws help police combat crimes such as drug trafficking and prostitution at budget motels or hotels. But critics say business for hotels could be hurt, since some guests may stay away if they know their personal information could be turned over to police, even if they’ve committed no crime.

Justice Anthony Kennedy joined with liberal justices on the court to strike down the law. Conservative Justice Antonin Scalia penned a dissent, finding it reasonable for law enforcement to conduct random inspections as a means of halting smuggling of migrants and child sex workers.

The government can still require hotels and motels to collect information on guests, but owners can’t be compelled to turn that information over, unless a judge finds just cause to require this.

So for those who want to slip off in secret to a no-tell motel, best check with the proprietor first to find out the motel’s policy on sharing your personal information with police, if they are asked to do so.