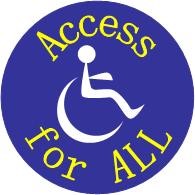 March 24, 2017 (Washington D.C.) – The U.S. Supreme Court, by a unanimous 8-0 vote, has voted that public schools must provide disabled students with opportunities to achieve “appropriately ambitious” progress, not just a bare minimum education, under the Individuals with Disabilities Education Act.

The case focused on a lawsuit filed by parents of an autistic student in Colorado, who wanted the school district to pay for tuition at a private school because their son wasn’t making adequate progress in the public school.  The court in that case had relied on a precedent set in a similar case by Gorsuch, who found that disabled students are entitled merely to an education that is more than “de minimis,” a Latin phrase meaning “too minor to merit consideration.”

But Chief Justice John Roberts, writing the high court’s opinion in Endrew F. v. Douglas County School District, stated, “A student offered an educational program providing ‘merely more than de minimis’ from year to year can hardly be said to have been offered an education at all.”

Since 1975, federal law has required school districts to provide a “free appropriate public education” for children with disabilities, including individual education plans for students in public schools.  The law, renamed IDEA in 1990, provided federal money for such services but has never been fully funded, leaving some districts struggling to comply.

The ramifications of the case are huge.  Today about 13 percent of all U.S. students have disabilities. That’s 6.4 million students ages 3 through 21.  Only 65% of disabled students graduate high school, leaving many to live in life-long poverty, unable to get a job. That increases costs of public benefits and prison costs; over 750,000 people with disabilities are behind bars, and most are illiterate, according to the Respectability Report.

But it doesn’t have to be that way.  A friend of the court brief filed on behalf of six former U.S. Dept. of Education officials responsible for implementing the IDEA indicated that with advances in special education practices, the vast majority of disabled students can perform as well in school as others; even those with significant disabilities can achieve proficiency in math, language arts, science and other subjects.

Jennifer Laszlo Mizrahi, president of RespectAbility, a nonprofit fighting stigmas and advancing opportunities for those with disabilities, said she is “thrilled with this decision,” adding, “Our family had to move so that our children could go to a great public school that does the right things for students with disabilities. However, most people do not have the flexibility to pick up and move to a different school district. Every child should have access to the education and skills they need to succeed. This Supreme Court decision can mean that students with disabilities can succeed, just like anyone else.”

She adds that when they get the schooling that they need, people with disabilities can bring unique insights, innovations and talents to workplaces, which benefits employers and communities.  That’s good news for taxpayers and businesses. She notes that CEO Charles Schwab is dyslexic; scientist Stephen Hawking is a genius in a wheelchair, hotel magnate Steve Wynn is legally blind and Arthur Young, cofounder of Ernst & Young, was deaf.  Companies such as Google have found that employees with autism can be gifted in science and technology, while companies such as Walmart and Marriott have found that hiring people with disabilities is a good way to bring on loyal and successful employees.

“So this Supreme Court decision is good for our economy as well,” she concludes.

Gorsuch is facing some tough questions from Senators on his ruling in this case and others. He has said he relied on an earlier precedent in his decision.

If the Senate Judiciary Committee approves Gorsuch’s confirmation, it could go to the full Senate in early April. Democrats have threatened to filibuster his nomination, which would require Republicans to change the rules to confirm him to fill the Supreme Court vacancy left by the death of Antonin Scalia.

I don't comment on politics stories often, if at all, mostly just stick to sports, but I LOVE this ruling.  Thank you Miriam for writing about us in a good light and thank you to our justice system for giving us the rights we deserve.