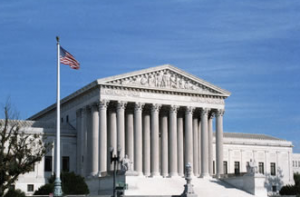 June 25, 2015 (Washington D.C.) –The U.S. Supreme Court has issued a landmark ruling to uphold nationwide federal subsidies in all 50 states to help people buy healthcare under the Affordable Care Act, or Obamacare.

Opponents had argued that the subsidies should be available only to people in states that set up healthcare exchanges .  Currently 8.7 million Americans receive the subsidies, but the vast majority of those – 6.4 million—are in states that did not set up exchanges. Those 6.4 million people would have lost their subsidies if plaintiffs had prevailed in the case, King v. Burrell.

He added that limiting subsidies only to states with their own exchanges (such as our state's Covered California) could send insurance markets in other states into a “death spiral.”  About three dozen states do not have healthcare exchanges, mostly “red” Republican-controlled states.

Justice Antonin Scalia issued a scathing dissent, calling the court majority’s interpretation “unheard of” and quipped that the law should be dubbed “SCOTUS care”, referring to the abbreviation for Supreme Court of the United States.

President Barack Obama issued a statement praising the court’s decision to uphold the law, which passed Congress without a single Republican vote. “We’ve got more work to do, but what we’re not going to do is unravel what has now been woven into the fabric of America,” the President said, BBC news reports.

But Republican leaders in Congress have pledged to continue their fight against the law, which even  many supporters concede has flaws.  Senate Majority Leader Mitch McConnell, a Republican, challenged Democrats to “work with us to address the ongoing negative impact of a 2,000 page law...”

One of those negative impacts was the exodus from the healthcare market by some companies, forcing consumers to pay higher rates even for Obamacare policies.  The President’s promise that consumers who liked their healthcare could keep it proved wrong in those cases.

The Supreme Court decision as cheered, however, by investors in public hospitals and insurance representatives.

Shares of publicly traded hospitals shot up after the decision, now that investors don’t have to worry that patients may drop coverage without subsidies, sending a wave of uninsured to hospital emergency rooms.

Ben Nelson, CEO of the National Association of Insurance Commissioners, said the ruling will allow state officials to “move forward with a level of confidence that their markets will not see significant disruption due to a paradigm shift,” the Sacramento Bee reports.