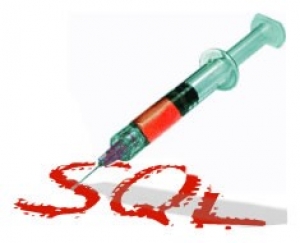 April 29, 2015 (Washington D.C.) – One year after a botched execution in Oklahoma left an inmate, Clayton Lockett, writing in pain for 43 minutes before dying of a heart attack after the execution was halted, the U.S. Supreme Court heard arguments about the constitutionality of lethal injection procedures.

Justice Elena Kagan said that without proper sedation, use of the drug midazolam is akin to being burned at the stake, only from the inside out.

Justices previously upheld lethal injections in 2008 as not a violation of the cruel and unusual punishment prohibition in the Constitution.  But those drugs are no longer widely available, causing states to experiment with alternatives.

Before 2010, lethal injections in the U.S. were usually done using a combination of an anesthetic to kill pain, a paralytic drug and a third drug to stop the heart, according to the Death Penalty Information Center.  But the maker of sodium thiopental, the anesthic, stopped making the drug and another company providing an alternative, pentobarbital, has said it will no longer ship to American prisons that conduct executions.

Oklahoma’s Attorney General Scott Pruitt insisted in arguments before the high court that Oklahoma’s  lethal injection protocol does not present a substantial risk of severe pain and cannot be considered cruel,” blaming the past problem on dosage.

But over a dozen pharmacology professors submitted a court brief saying midazolam can’t be considered an appropriate substitute for drugs that were previously used to make a prisoner unconscious before a lethal drug was injected.

Several states have dropped use of midazolam and others are adopting other execution methods or temporarily halting executions pending the outcome of the Supreme Court case.

No executions . That's barbaric. People who had troubled lives should have counseling.
I knew two people who had terrible parents, they had many problems.
Oklahoma. a crazy right wing state. Ever visit Texas? Maybe even worse.