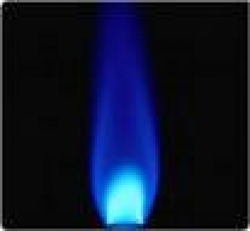 The U.S. Supreme Court has ruled that energy companies accused of illegal manipulation of natural gas prices during California’s energy crisis 10 years ago can be sued under the state’s anti-trust laws.

American Electric Power Co., Duke Energy and other natural gas traders had argued that federal law would preempt claims under state law. But by a 7-2 vote, justices at the nation’s highest court ruled against the gas traders.

A lower court had ruled for the gas traders, but the 9th Circuit Court of Appeals overturned that ruling and said the companies should face price-fixing claims. The Supreme Court agreed, with Chief Justice John Roberts and Justice Antonin Scalia dissenting in the case, Oneok v. Learjet.  The case was tied to the ENRON scandal which led to the energy crisis in California.

According to the Topeka Capital Journal, plaintiffs alleged that ONEOK and other companies supplied artificially high prices to publications that printed price data, causing readers to pay artificially high rates for subsequent transactions, according to court documents. The allegations relate to the 2001 energy crisis that caused blackouts in California and led to the topple of Enron.

Learjet was among the companies and consumers that filed suit over soaring gas prices. Others included a Kansas school district, a brewery in Colorado and a Missouri Hospital, and more.

An article in the Reader, written by Don Bauder, notes that the irony is that the California Public Utilities Commission had a major investigation of such fraud earlier in this century.

Loretta Lynch, who was president of the PUC before she was replaced by Michael Peevey, asks, "The central question is — where is California?"

The state dropped its gas fraud investigation once Peevey was at the helm. Peevey, a former PG&E top executive, is currently under state and federal investigations for corruption allegations including evidence that he engaged in illegal communications with the companies he was supposed to regulated, brokered secret deals for utility companies and stuck ratepayers with costs .

According to the Reader, Lynch says the state of California was "in the backroom, having made a deal to not take any action on the natural pricing manipulation and fraud for which we found substantial evidence during the time I was at the CPUC."   The former CPUC chair concludes, "California was AWOL in fighting against fraud, manipulation, and in fighting for its gas consumers."