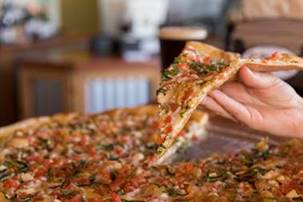 October 10, 2018 (La Mesa) – Surf Rider Pizza Co. will officially open in downtown La Mesa the first week of November.  Surf Rider Pizza Co. is known for its East Coast-style pizza available whole or by the slice, fresh salads, authentic Stromboli and cheesesteaks and decadent homemade desserts from the onsite bakery. While born in the beachside communities of San Diego, the Surf Rider Pizza Co. brand continues to grow throughout the region, bringing a slice of the East Coast to San Diego. 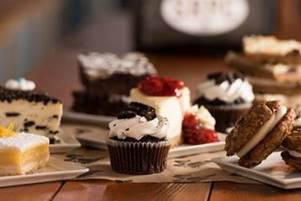 “The concept of Surf Rider Pizza Co. was born eight years ago from the idea that San Diego needed better pizza options,” said Surf Rider Pizza Co. founder and The Patio Group’s Senior VP of Food and Beverage, Hilary Rossi. “Coming from the East Coast, there weren’t very many pizza options to satisfy my hometown cravings and that’s when I had the idea to bring authentic East Coast style pizza to my new home on the West Coast. What started as an idea has now grown into four locations across the city and we’re excited to bring Surf Rider inland to La Mesa and continue to grow and spread the pizza goodness.”

The Surf Rider Pizza Co. La Mesa location will be the largest space thus far, spanning 4,158 square feet. The new restaurant was built from the ground up with elevated décor and family ambience and will become Surf Rider Pizza Co.’s flagship location for all things East Coast style pizza and bites. The community can come in and dine with the family or grab slices to go from the menu which includes pizza made with hand tossed dough, whole milk mozzarella and baked in fire heated brick ovens in all locations. Other specialties include salads, authentic Stromboli and cheesesteaks and fresh homemade desserts from the onsite bakery.

In the early stages of Surf Rider Pizza Co., the first location had an old bakery onsite which gave life to the idea to add baked goods to the menu. Paying tribute to the roots of the brand, the La Mesa location will also have a brand-new on-site bakery where patrons can order full-sized cakes and pastries.

“It’s a special feeling to honor a friend while creating new places for the community to come together and make new memories,” said Gina Champion-Cain The Patio Group’s CEO. “Joey actually used to own a bar across the street from the Surf Rider Pizza Co. La Mesa restaurant called ‘Joe 'N Andy's Hole in the Wall’ making this location extra special to The Patio Group family!”

Surf Rider Pizza is privately owned by The Patio Group, a division of American National Investments (ANI). Additional ANI restaurant concepts include Saska’s Steakhouse, Fireside by the Patio, The Patio on Goldfinch, The Patio on Lamont, Harvest by the Patio, and more. For more information: http://www.americannationalinvestments.com/