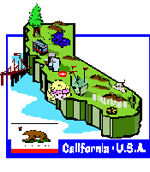 By Miriam Raftery
June 7, 2012 (Sacramento) – The state’s new top-two primary election is shaking up California politics. In November, voters in 25 of the state’s 120 legislative districts will not have a choice between Republicans and Democrats on their ballots.
The advantage appears to belong to Democrats, since in 11 districts, the run-off will be between two Democratic candidates. Another five districts have two Republicans squaring off in November. In addition, two districts have decline-to-state-party candidates in the run-off, according to the Secretary of State’s website.

In one of those districts, two candidates with no party preference (NPP) listed will be running against each other. Another district pits a Republican against an NPP.

Another seven races had just one candidate running unopposed—all Democrats.
Nearly all of the contested races had both Democrats and Republicans on the primary ballot. But a substantial number of those ended with one party being excluded in the November run-off.
No third-party candidates made the run-off, a fact that leaves members of the Libertarian, Green, and other minor parties forced to choose between major party alternatives or, in two cases, candidates listing no party ties at all. Whether third-party members will cross party lines, or simply not vote, remains to be seen.
The top-two primary was approved by voters under a recent ballot initiative. So how do voters feel about the top-two primary now that more information has come out?
A poll taken by East County Magazine before the Election found that 70% of readers who took the poll oppose the new top-two primary system.
Whether the top-two primary will ultimately shift the balance of power in Sacramento is debatable.
Districts where two same-party candidates placed first and second in the primary tend to be districts with lop-sided party registration—already solidly in one political party’s camp. The potential for spoilers exists, however, in races with a multitude of candidates splitting the vote and drawing support away from party favorites.
The prospect of two seats potentially shifting from party control into the hands of candidates who decline to state any  party affiliation also adds a wild card to the mix. Just how independent-minded are those NDD candidates in the November run-off?  If they win, might they help break gridlock? Or will they fall into line with the partisan divide?
It’s too soon to tell how the top-two primary will impact the balance of power in Sacramento over the long-term.  But short term, one thing is clear: California politics have become less predictable, much to the frustration of party loyalists.
View the full Assembly results here:  http://vote.sos.ca.gov/contests/district/state-assembly/
View the full State Senate results here:  http://vote.sos.ca.gov/contests/district/state-senate/