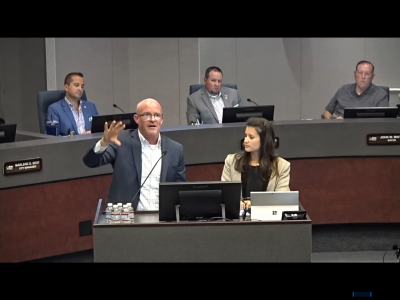 November 8, 2021 (Santee) -- A survey commissioned by the city of Santee found that while the great majority of residents, 80 percent, feel the city’s quality of life is excellent or good, about a third said that quality is declining.

The survey, taken in early September by the BW Research Partnership, was done as part of Santee’s commitment to diversity, equity and inclusion (DEI). The city embarked on an anti-racism effort in 2020 following a couple of widely-publicized hate incidents at local supermarkets, and some racist attacks during protests held in the city following the killing of George Floyd by a Minneapolis police officer.

The survey’s results, along with a presentation about inclusion and bias, took place Nov. 2 at Santee City Hall, were broadcast on the city’s cable channel, SanteeTV, and can be accessed on the city’s website. To see the full report on the survey’s findings, go to www.cityofsanteeca.gov.

BW principles said a total of nearly 1,000 Santee residents above 18 years old, were surveyed between Aug. 31 and Sept. 9, with a goal of obtaining an accurate reading of the attitudes of the city’s adult population of about 45,000. 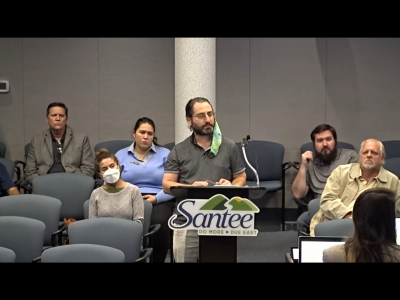 The survey used two approaches to eliciting opinions, a representative survey of 556 residents in which the firm contacted people primarily by phone and took into account the city’s make-up based on age, gender, race, and ethnicity data. This was supplemented by a self-selected volunteer survey of 436 residents. The margin for error was +/- 4.1 percent, for a 95 percent level of confidence, BW principles said.

Although the majority, 62.5 percent, said the city’s quality of life is either getting better or staying the same, 35.9 percent said it was getting worse.

The two issues affecting the perceived decline in the city’s  quality of life are homelessness and traffic, but 5 percent or respondents cited racism or discrimination as contributing to a worsening of the city’s quality of life.

By far, about 44 percent of respondents, said traffic and the condition of local roads was their highest concern. Another 41 said homelessness was their top concern.

Within a section of the survey covering community values and perceived diversity, about 76 percent said their city was accepting, welcoming and respectful of all people in general, including those from different backgrounds. According to the 2020 Census, whites make up 80 percent of the city’s population of 60,000.

Yet about 13 to 15 percent of respondents said they feel unsafe because of acts of racism and prejudice and they do not feel welcome, the survey found.

The survey found a slim majority, 51 percent, believe it is the city’s responsibility to ensure equality and equity in the community, and 46.5 percent said city resources should be invested to create programs and events that support and celebrate cultural diversity.

Yet, to another question, about possible multi-cultural celebrations, 72 percent were either interested or very interested. Another 40 percent were interested in town hall meetings on topics related to racism, or on DEI.

A second presentation about bias, diversity and inclusion was made by consultant Richard Marks, who spoke to a group of about 25, the majority being city employees.

After his presentation, Marks asked the group and the five Council members for their reactions. Most said they need to improve their own communications, and do a better job of really listening and not making snap judgments.

City Manager Marlene Best said that while the city should take the lead in making changes to improve diversity and promote equity, for real change to occur, it takes everyone looking at themselves and taking action.

“There’s a lot of things we can do but it’s not just the city that makes the changes…We need help to move it forward; we can’t be the only ones moving the train up the hill.”

Santee made a commitment to improving DEI through a resolution the City Council adopted in June 2020. The Council further ratified that commitment by adopting a plan in January. BW Research was paid $26,450 for its work including a Spanish language version of the survey. Marks was paid $7,500 for his presentation.

As part of the planned road map to DEI, the city will adopt a written set of community values, which will be used to guide city government decisions, as well as the possible creation of a staff position or forming an independent committee to ensure these values are followed.