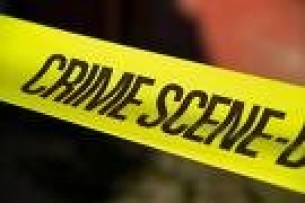 May 6, 2018 (Spring Valley) – A garage fire in the 900 block of Maria Avenue in Spring Valley last night was caused by an illegal “honey oil” lab believed to have processed marijuana into cannabis oil, says Sergeant Michael Hetlinger with the Rancho San Diego Sheriff’s station. A male resident suffered burns to approximately 30% of his body and was transported to UCSD Medical Center, Sgt. Hetlinger adds.

Deputies responded at 10:11 p.m. last night to assist firefighters at the scene.  After the fire was extinguished, large canisters of butane gas were located as well as pounds of unprocessed marijuana and a closed loop pressure system in the garage believed to have been used to illegally process marijuana into honey oil.

Narcotics Task Force, HAZMAT and Sheriff's Bomb/Arson detectives also responded to investigate. No arrests have been made; the case is still under investigation.

Do we really know who our neighbors are and what they're up to? Scary to think about a possible fire or explosion happening, plus possibly being displaced from your home because of some knucklehead doing something illegal. Processing honey oil, methamphetamine, crack cocaine. All can be extremely dangerous!