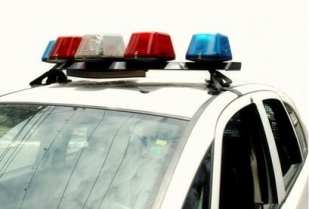 According to Sergeant M. Hettinger, a Sheriff’s deputy responded to a call reporting a suspicious person drinking alcohol in his vehicle behind the CVS store at 3749 Avocado Boulevard in unincorporated La Mesa. Upon arrival, the suspect, (later identified as Bahou, started his vehicle and slowly drove past the deputy as he approached on foot.

“The deputy gave him multiple commands to stop his vehicle but he did not. The deputy could smell alcohol emanating from the vehicle as it passed him,” said Sgt.  Hettinger.

The deputy returned to his vehicle and initiated a traffic stop, Bahou did not stop, and a pursuit ensued.

The pursuit lasted approximately 30 minutes and was taken over by CHP for approximately the last 8 minutes, though Sheriff units remained in pursuit due to not enough CHP units on scene. CHP used a PIT maneuver and stopped the vehicle at the 70th Street and Lake Murray Boulevard overpass.

Bahou was taken into custody with the assistance of a Sheriff's Canine. He was “extremely intoxicated” and was transported by ambulance to Sharp Memorial hospital for evaluation of injuries from the canine, Sgt. Hettinger said.

Bahou was arrested for felony evasion, resisting arrest and driving under the influence.