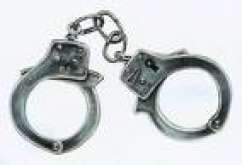 November 22, 2022 (Spring Valley) -- Two men have been arrested for the murder of 32-year-old Jorkim Rose in Spring Valley. Authorities believe the killing was gang related.

Deputies responding to reports of gunfire found Rose mortally wounded at the intersection of Jamacha Boulevard and Thayer Drive in Spring Valley around 9:30 p.m. on August 16. He was taken to a hospital, where he was pronounced dead.

On November 18., Sheriff's Homicide detectives, with the help of the San Diego Regional Fugitive Task Force, arrested 23-year-old Dejell Broadnax at an apartment complex in San Marcos. On November 21, the Task Force found and arrested 28-year-old Jordan Mitchell near a park located in the 1000 block of Bostonia Street, El Cajon.

“At this point in the investigation, it appears the suspects and the victim did not know each other but the circumstances and motivation behind the incident seem to be gang related,” the San Diego County Sheriff’s media release states.

Broadnax and Mitchell were booked into the San Diego Central Jail for murder.