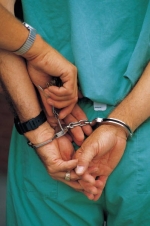 November 25, 2014 (Santee) – Three suspects were arrested November 20th for the attempted murder and robbery of Robert Johnson, 20. Johnson was assaulted and stabbed repeatedly by three men outside the Walmart in Santee on November 9th.

Roady Briley, 29, Randy Briley, 24, and Kevin Cave, 24 were arrested at Lilac Oaks Campground in Valley Center, where they were hiding since the attack, according to a Sheriff’s news release.  All three were booked into San Diego Central Jail without bail. T

The victim suffered five stab wounds to his lower back, a laceration to his right knee, minor bruising to his head and torso. The suspects reportedly fled with his backpack.  Johnson was treated at Sharp Memorial Hospital and later released.