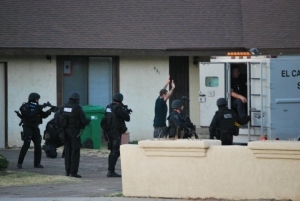 June 6, 2011 (El Cajon) – David Douglas Wittmer, 31, surrendered to an El Cajon Police Department SWAT team last night at 997 Avocado. Police received a 911 call at 4:05 p.m. from a caller who said Wittmer owned a gun and had threatened to kill him, according to LieutenantTim Herndon. 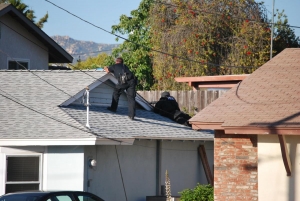 Officers made contact with Wittmer from outside the residence. Wittmer refused to come outside. “Because police believed that Wittmer was armed, and probable cause existed for his arrest, the SWAT and Crisis Negotiations teams were called to assist,” said Herndon.

After SWAT officers surrounded the house, Wittmer told a negotiator that he wanted to surrender. He exited the house at 7:49 p.m., three and a half hours after the 911 call was made, and was taken into custody.

When officers entered the residence a gun was found, along with an active marijuana grow. There were 27 mature plants found in one room, as well as additional plants in a second room 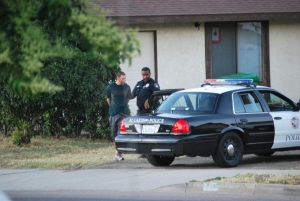 . Other evidence of marijuana sales was located within the residence.