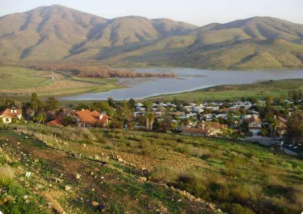 In her letter, she notes that when the developer first approached the SVCPG several years ago, then chairman Scott Montgomery advised that the community desired to have a “Village Town Center” concept developed including commercial areas.  But the developer came back with plans that excluded any commercial, claiming a study by John Burns Real Estate Consulting found it not viable.

“The study was dated 2010, a time of severe recession,” Lowes points out, adding that the site proposed is “our last opportunity to develop a Town Center in Spring Valley.” Further, two other large developments lack space for a Town Center, though the three projects combined propose to add 500 residential units.

The Burns study noted that building retail on a site far from any freeway would be challenging and that such a center would not attract big box stores. However the study also concluded that a smaller “retail center comprising up to 17,000 square feet would be justified within the site, based on 2010 demand.”

Lowes also objects to density as too high for the area as opposed to “more enlightened ideas of planning, development, sustainability, and smart growth which consider the environment, walkability, reduction of vehicle miles travelled (VMT) social equity and economic development.”

Voicing fears the developer might try to back out of its commitment to build a park, Lowes urges that the park be built first, before any residential units.

The meeting begins at 9 a.m. at  the County administration building, Supervisors’ north chamber, located at 1600 Pacific Highway in San Diego. The item is third on the agenda.

How do you balance more housing with there are already too many people here?
The builder uses a name that is supposed to make you think of craft people and houses that are one of a kind beauties.
A "public park"? Who is going to drive to Spring Valley to have a picnic or walk their dogs?