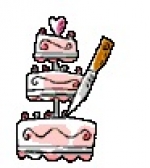 First the District financed promotional materials that conveniently spotlighted the board president, who was up for reelection in the midst of a budget crisis," a release from SDTA states.

"The Superintendent (Jesus Gandara) also invited district contractors and employees to his daughter’s bridal shower, complete with a “money tree.” Then it was revealed that the Superintendent charged $11,000 on the District’s credit card to pay for meals and travel – above and beyond his $800 monthly stipend already allocated for such expenses. Who’s the real Bridezilla here?"

The awards spotlight perceived boondoggled by elected representatives as well as media watchdog efforts. For a complete list of winners and nominees, visit www.sdcta.org.