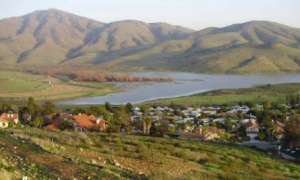 Update: This item has been postponed.

August 23, 2014 (Spring Valley) – The developer of the proposed Sweetwater Village housing development on the former Evergreen Nursery site have requested to be added to the agenda for the Spring Valley Community Planning Group’s meeting on September 23rd. The meeting will be held at 2850 Via Orange Way in the San Miguel Fire headquarters at 7 p.m.

Representatives Dan Thompson and Scott Montgomery met Thursday night with the homeowners association board from Lakeview at Highlands Ranch to present plans for the property and met with strong resistance from many of the approximately 20 homeowners present, ECM has learned. The residents objected to the property lacking a retail/commercial element.

Michael Daly, president of Lakeview’s homeowners association, has indicated in an email forwarded to ECM that Mastercraft Homes continues to oppose retail/commercial but has indicated it would be willing to enlarge the public park and move it to the west end of the property along Sweetwater Springs Blvd. In addition, an ampitheater could be added for concerts and events, along with a public restroom.  The park could be up to 2.5 acres and could include a basketball court, tot lot, and other features.

The added features could trigger a need for new environmental studies, noise and traffic controls, however. Thus planners are not likely to vote on the 23rd, but will seek community input and a wish list for the park, Daly indicated.