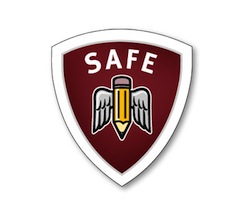 March 18, 2013 (El Cajon) – Sycuan Casino in El Cajon has agreed to serve as presenting sponsor of the 12th annual San Diego Advertising Fund for Emergencies (SAFE) fundraiser and party from 6 to 9 p.m. on Thursday, March 21, at the Ivy Rooftop Lounge atop the Andaz San Diego, 600 “F” St., in the Gaslamp District in Downtown San Diego.

SAFE is a volunteer, non-profit organization (501c3) that provides confidential financial assistance to local advertising and marketing professionals and their families facing a life crisis emergency. The fundraiser will feature food, networking, entertainment and a silent auction to benefit SAFE grant recipients. Cost to attend is $50 per person, $30 per person for students, or $70 per person at the door. For tickets and more information, visit www.aboutsafe.org.