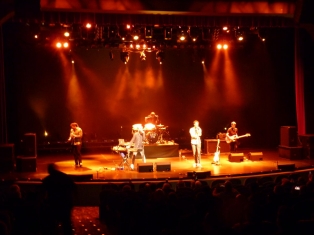 August 13, 2015 (Sycuan) – Sycuan Casino pulled out all the stops, bringing in Hollywood talent to premier a new branding campaign this week at a VIP/media event in the Live & Up Close Theater.

“It’s  a token of pride to be partnering with a number of charitable organizations,” said Cody Martinez, Tribal Chairman for the Syucan band of the Kumeyaay nation.  The casino’s new slogan is “Play. Win. Together.”   The slogan, video and related marketing campaign highlight the many local charities and community causes that benefit from Sycuan’s charitable giving, such as Rady Children’s Hospital,  the Padres , the Challenged Athletes Foundation and the Wounded Marines Fund.

The premier included a concert by the Grammy-nominated Capital Cities band, which has the son “One Minute More” featured on a new TV spot.  The production team includes Director Jeff Apps known for several national campaigns and music videos, as well as cinematographer Russell Carpenter , who won an Oscar for best 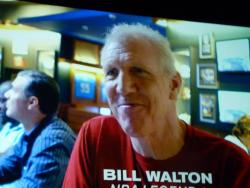 cinematography in the movie “Titanic.”

Former NBA superstar Bill Walton and ex-Padre Steve Garvey were on hand for the premier. Both have cameo roles in the casino’s new TV and print ads, as do Chargers legend Billy Ray Smith, pro wrestler Ray Mysterio Jr. and golfer Sydnee Michaels. 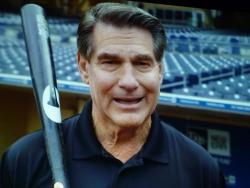 The campaign also features real Sycuan Casino employees. “They are veterans. They are volunteers. They are amazing people to interact with,” says Dan Morales, Marketing Director. “It is so real, and we are so proud of that.”

John Dinnius, general manager at Sycuan Casino, talked about changes made in response to customers’ wishes, such as expanded the no-smoking section, adding a promotional stage with music and adding an app for casino patrons to sign up for the buffet and be notified when their table is ready.  A loyalty program for frequent players has also been added. In addition, a Freedom Card program with benefits for retired military members has recently been extended to spouses. 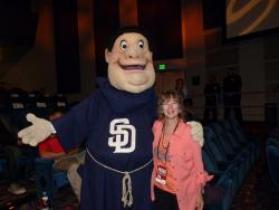 Sycuan Casino began as a humble bingo palace in 1983. The casino underwent a majo 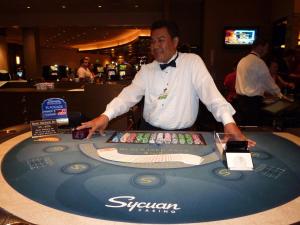 r renovation in 2011. In addition to gaming from slot machines to table games and off-track betting, the casino also offers several restaurants and the Sycuan Live & Up Close Theatre which features national musical acs and comedians year-round.

For more information, you can visit www.Sycuan.com.