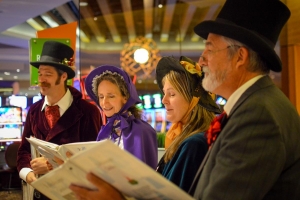 December 21, 2015 (El Cajon, CA) – Thirty local charities received over $75,000 in donations from Sycuan at a Gift Giving Ceremony on December 10th, an event that started back in 2006. Each member of Sycuan’s leadership team, comprised of elected tribal council members, the casino executive management team and the casino directors, had the opportunity to each select a charity of their choice to support. All 30 charities were present at the event that took place in Paipa’s Buffet, where they had the opportunity to speak to the group about their cause and receive their monetary donation.

“The Gift Giving Ceremony is one of the biggest highlights of the year here at Sycuan. We are proud to empower the leaders of the tribe, resort and the casino to make a difference in the community,” said Cody J. Martinez, Chairman of the Sycuan Band of the Kumeyaay Nation. “Many of the charities invited to the Gift Giving Ceremony are big partners of ours throughout the year. Others are charities that Sycuan will help for the first time which enables us to broaden our reach in terms of charitable involvement within the San Diego community.”

The Gift Giving Ceremony began nine years ago as another way to give back to important causes during the holiday season. The tribe and the casino are philanthropic leaders in the community year around, contributing monetary or in-kind donations to over 700 organizations in the last year alone. In 2015, the group celebrated a milestone partnership with Susan G. Komen by providing the largest team in history to participate in the annual Race for the Cure. 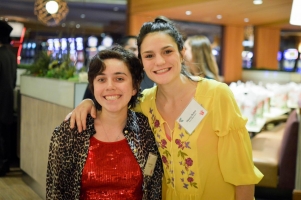 Charities that benefited from this year’s Gift Giving Ceremony are: 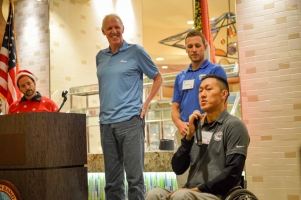 Members of the Sycuan Band of the Kumeyaay Nation have resided in and around the foothills of the Dehesa Valley for nearly 12,000 years. Today they are a modern government, providing public services to their members, employees and neighbors. The Sycuan Tribal Government operates one of the region’s premier Indian gaming and resort facilities, the Sycuan Casino and Resort. The Sycuan Tribe demonstrates its strong commitment to the San Diego region through the support of hundreds of civic and charitable organizations.

The tribe, through the Sycuan Tribal Development Corporation (STDC), also seeks to reinvest back into the San Diego community with a progressive business development effort. To date, STDC has purchased the former Singing Hills Country Club and the historic U.S. Grant Hotel, is an investor in Hotel Solamar near Petco Park and is owner/developer of the Marina Gateway Hotel and Conference Center in National City. Combined, these enterprises now employ nearly 4,000 San Diegans. 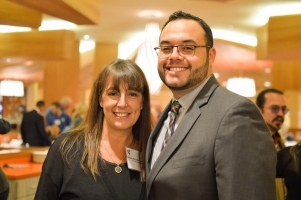 10 – Angela Brannon-Baptiste (Its All About the Kids), Sycuan Chairman Cody J. Martinez