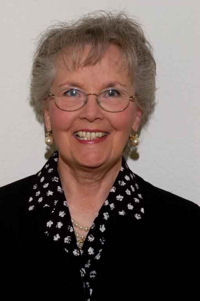 By Sylvia Hampton
April 27, 2012 (San Diego’s East County)--The current “war on women” is really nothing new. Like all wars, its root causes are money and power. Eve was blamed for the “fall of man” in the Bible so it was easy for the early Church to keep women “in their place” as temptresses and troublemakers. Which meant that it was OK for the men to have all the power and control all the money. But the one thing they could not control was the key to the future---childbirth. And so women are today, as usual, fighting to control when they will become pregnant and have children. Especially if they have little or no money. How dare they.

It is now a Republican agenda against poor and middle class women getting any financial support to control their reproduction. Didn’t used to be ---President Nixon set up the national program of family planning clinics 42 years ago with strong bipartisan support:

http://www.presidency.ucsb.edu/ws/index.php?pid=2865#axzz1t5tNQxWH
And guess which First Ladies are publicly declared pro-choice on the abortion issue? Barbara Bush, Laura Bush, Betty Ford, Hillary Clinton and Rosalyn Carter. Not just Michelle Obama.
The woman legislator in Arizona who sponsored the ridiculous bill to require women to prove to their anti-birth control employers that their use of “the pill” was for medicinal purposes only (not to further their slut-like activities) has, in fact, no such requirement included in her own insurance plan paid for by the taxpayers of Arizona. Of course not---she is a respected member of the state legislature with a good salary and very nice benefits. She has power and will use it. However, a woman working in the Catholic hospital for minimum wage is lucky she has any health benefits all---and the Church certainly will not be forced to cover anything as outrageously against their religion as birth control.
She is not alone.  The Republican War on women is real and frightening.  According to the Guttmacher Institute, in just the first three months of 2012, the right wing has introduced 944 measures in 45 states to limit women’s reproductive health and rights.  An Arizona law is so extreme that it declares life begins even  BEFORE conception—from the first day of a woman’s last menstrual period.   Wisconsin’s Governor signed a bill to nullify enforcement of the Lily Ledbetter Fair Pay for Women Act.
Several states recently passed bills to severely restrict women’s access to contraception, allowing any employer to refuse to provide medical coverage for birth control based on not merely a religious objection, but any moral objection at all.  Numerous bills seek to keep teens ignorant about sex education, forbidding any teachings except abstinence education in public high school, with no medical or scientific facts.  One measure would require doctors to “investigate women” seeking abortion.  Some 75 bills limiting women’s rights have actually been signed into law.
Other bills (including one authored by Congressman Duncan Hunter) would mandate life begins at conception, barring abortion even for rape or when a mother’s life is at stake.
All these Republicans ranting and raving about birth control and abortion has nothing to do with their own private lives. They will use birth control and abortion if and when they choose. That is their Constitutional right to privacy. But God help the poor women and families who need any government or insurance assistance to support their right to choose. No way. Just find the money somehow yourself or have a baby. Slut.
Sylvia Hampton is a community activist inducted into the San Diego County Women’s Hall of fame for 2008 for her work in the fields of healthcare reform, social justice and reproductive health. She is past president of the League of Women Voters of San Diego County and served on President Nixon’s Title X Family Planning Council. Opinions are Sylvia’s alone and not to be interpreted as the policies of the League of Women Voters or East County Magazine.