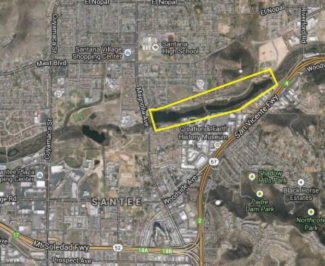 Local drug discovery company to plant another 1,000 trees to enhance the area 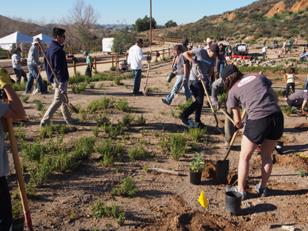 This event marks the fourth consecutive year that Takeda has partnered with the City of Santee and The San Diego River Park Foundation by beautifying the trail with over 6,000 native trees. By planting a mix of important habitat trees, Takeda’s efforts support many vital ecological functions along the trail, including supporting wildlife with food, shelter and nesting areas, attracting pollinating insects, filtering runoff and preventing erosion and sediment transport into the river.

“Without the efforts of Takeda’s employees and their families since 2014, restoration of the Walker Preserve would not be nearly as complete,” said Rob Hutsel, President and CEO of the San Diego River Park Foundation. “The native plants and trees they have planted have helped make the preserve a safe and beautiful place for the wildlife and the local community to enjoy.” 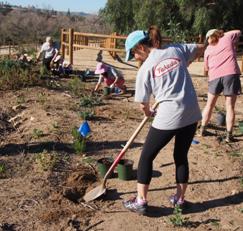 The City of Santee acquired the Walker Preserve in 2012 in order to preserve wildlife in the area and to fill a crucial gap in the San Diego River Trail. Construction by the City of a multi-use trail along the river with interpretive signs and other public amenities began in October 2014.

“This has been a great four year journey,” said David Weitz, Head of Takeda California and Global Research Externalization. “6,000 trees later, a raw stretch of land has become a beautiful, natural place for the community to enjoy and for wildlife to flourish.”

No stranger to volunteerism in the San Diego community, Takeda's partnership with the San Diego River Park Foundation is part of the company’s ongoing dedication and commitment to society through frequent company-wide efforts that support local non-profit organizations, schools, and the environment.