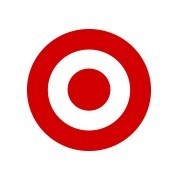 Target was accused of overcharging customers by charging higher prices at cash register scanners than the prices posted in store aisles. The company was also accused of misrepresenting weights on its packaged foods.

Target admits no wrongdoing in the settlement, but will pay over $3.3 million in penalties and reimburse investigating agencies $388,618, as well as paying $200,000 in restitution to consumers.  The retailer will also implement new procedures to assure price accuracy.

Under the settlement, in which Target admitted no wrongdoing, the company will pay more than $3.3 million in penalties, reimburse the investigating agencies $388,618 in costs and pay $200,000 in restitution to consumers. Additionally, Target agreed to implement new compliance procedures to help ensure price accuracy.

Under the terms of the latest settlement, Target agreed to implement additional price accuracy procedures in its California stores, including weekly price audits. Target will designate personnel to walk the entire store weekly to make sure that expired sales tags are removed from shelves.

The payment is less than pennies to the company's ledger. I try to shop at and support local small business owners. There are fewer options as small businesses are forced out of the market, unable to compete with the minimum wage mega-stores. How does the $200K get to consumers?