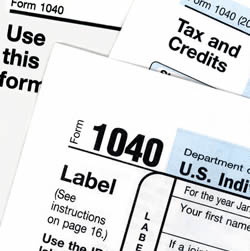 May 2015 (Washington DC.) -Organized crime rings are being blamed for the theft of over 100,000 tax returns and theft of tax refunds.

To access the information through a security breach in the Internal Revenue Service (IRS) system, the criminals used stolen personal data – meaning their targets had already been victims of identity theft elsewhere, then impersonated taxpayers to steal money.

The IRS has shut down its “Get Transcript” app used in the heist by crooks who set up phony tax returns, then filed for refunds. According to the New York Times, the IRS said it paid out nearly $50 million in refunds before getting wise to the scheme.

IRS commissioner John Koskinin said the thieves are organized crime syndicates that have plundered others across the financial industry.

Security questions for verifying taxpayers also proved unreliable, since answers to such authentication questions are available for sale on the black market online.

The IRS reports that its main computer system which handles most tax filings has not been breached.  The agency has sent letters notifying taxpayers whose accounts were compromised and is offering them free credit monitoring services.