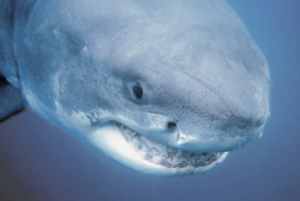 September 3, 2013 (San Diego) – Yesterday a local scanner tracking service reported several apparent shark sightings off Torrey Pines Beach. In the interest of keeping readers safe we posted the report promptly with no way to obtain confirmation on the holiday weekend.

ECM today has reached both state and city lifeguards who say they are unaware of any reports.  It now appears our usually credible source was inaccurate and we regret the error.

We could not get verification prior to posting our initial report on Labor Day evening when we were simultaneously reporting on a live shooter on Mt Helix near my own home office, flash flooding in the backcountry, a wildfire in La Posta and additional weather-related incidents.  This story was posted by a bleary-eyed editor in the early pre-dawn hours who got no sleep due to the shooting incident here including  eight wakeup phone calls from emergency authorities that continued until 3:30 a.m.

For those interested in the history of shark attacks in our area and California overall, below are some fascinating facts.