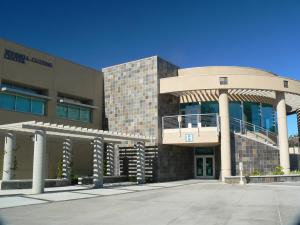 October 15, 2015 (San Diego’s East County) -The San Diego County Taxpayers Association is calling on the board of the Grossmont-Cuyamaca Community College District to honor its pledge of fair and open competition for contracts to build taxpayer-funded projects,” according to a press release issued by the taxpayers’ group.

SDCTA says it will revoke its support for the GCCCD’s Proposition V bond measure if trustees vote on Oct. 20 to put in place a blanket project labor agreement for construction projects funded with proceeds from the 2012 measure. A project labor agreement requires that only contractors using union workers may bid on these publicly funded projects, a tactic that aims to assure good wages for local jobs.

But as a condition for earning SDCTA’s endorsement — which was featured prominently in the campaign for Prop V — the taxpayers' group says the district pledged in 2012 to “promote fair and open competition for all district construction projects so that all contractors and workers, whether union or non-union, are treated equally in the bidding and awarding of District construction contracts.”

Now, however, the district is seeking to put in place a project labor agreement that would violate that promise — and SDCTA is crying foul.

“The GCCCD sought out our endorsement because they knew it carries enormous weight with voters as they evaluate a bond measure,” said Theresa Andrews, SDCTA’s interim president and CEO. “We granted our support precisely because of their promise to bid the taxpayer-funded projects fairly, which we believe results in lower costs for the public.”

Asked for response, GCCCD spokesperson Anne Krueger replied, “The Grossmont-Cuyamaca Community College District will be holding a workshop at 4 p.m. Tuesday on Project Labor Agreements at Grossmont College Griffin Gate, and a resolution will be presented to the board at their regular 6:30 p.m. meeting. Governing Board members will make their decision after listening carefully to both sides on the issue.”

She adds, “With Proposition R, the district has a strong record of its bond projects being built on time and within budget, and we are being vigilant to ensure taxpayer dollars are spent well on Proposition V projects.”

Meanwhile SDCTA says it is working on a public-awareness campaign in East County to ensure taxpayers in the community have an opportunity to let the board know their views on the issue prior to Tuesday’s vote.

“It’s important to show those who seek our endorsement that our organization won’t allow our good name to be used to sell a bad bill of goods to the public,” Andrews said. “This breach of trust will be factored into our potential support for future bond measures for Grossmont-Cuyamaca Community College District — and any other that breaks promises made in order to gain SDCTA’s support.”